GERALDINE BESKIN (Atlantis Bookshop): “Crowley – another Man Behind the Mask”

Atlantis Bookshop has been in her family since the original owner sold it, and Geraldine has become an expert on Crowley, concentrating on him as a person rather than a mythical figure. This talk contains entirely new material not presented in her recent talks in London.

The man behind Mandrake of Oxford is certainly not just an occult publisher. The organiser of the Thelemic Symposia of the 1980s and 90s (now revived under new management) Mogg is a practising occultist with several books of his own under his belt. This talk is based on his book of the same title.

Since her first encounters with the Occult, Liz has specialised in the use of fictional characters from popular culture as well as the creation of new deities for the modern world. In this highly controversial talk she outlines methods and examples.

Perpetual habitué of the London Occult scene, Steve has seen it all and heard it all, usually at the fortnightly moots he has chaired in London since 1990. Here the author of Chaos Ritual looks at the conundrum of magic that seems to depend upon a result occurring before the relevant ritual has actually taken place and outlines a simple system for taking advantage of the phenomenon.

PLEASE NOTE THAT THERE ARE ONLY 40 TICKETS AVAILABLE FOR THIS EVENT AND A FIRST-COME FIRST-SERVED PROCEDURE APPLIES. SEND CHEQUES OR POSTAL ORDERS MADE PAYABLE TO “ALBION OTO” WITH A STAMPED, ADRESSED ENVELOPE AND EMAIL ADDRESS FOR CONFIRMATION TO:

Please note that cheques received after the 40 seats have been sold will only be returned (rather than destroyed) if an SAE is provided, postal orders will remain uncashed until an sae is received. 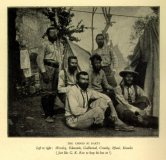