This from Classic Media Group…

Last year Rick Wakeman recorded his score for the Aleister Crowley Film, produced by Classic, the production company also behind the release of the recent YES – Director’s Cut (DVD).

So, not only is it possible to hear Rick Wakeman’s wonderful score on the DVD, we have now, by popular demand, made it possible so you can now download the movie as an AUDIO BOOK from I-Tunes and other audio download outlets on the web. Rick recorded the film score in the most amazing fashion, using initially the Grand Piano on Classic T Stage at Shepperton Film Studios. Wakeman literally watched the film on the big screen in a candle lit soundstage and he played what he felt. Photos of the session are here: http://www.aleister-crowley-666.com/MUSIC_SCORE.html

In Search Of The Great Beast 666 – Aleister Crowley

Aleister Crowley, self proclaimed “The Great Beast” and known by the press as “The Wickedest Man in the World”, was perhaps the most controversial and notorious individuals in British History. This dramatically reconstructed film unearths the barely believable and shocking facts surrounding a man who was voted in a BBC poll to be one of the most influential Britons of all time. Was he related to US President George Bush? How was he connected to the founder of Scientology, NASA, The Beatles, Led Zeppelin, Jack the Ripper, Winston Churchill, Ian Fleming and how did this Occultist, Spy, Poet, Writer and accomplished Mountaineer come to know and influence so many other remarkable people?

At the time of release there was some uproar as to why Rick would contribute his music to such a project….here was Rick’s response that he posted on his website:

“There is no doubt that Alistair [sic.] Crowley was one of the most evil men that walked this earth. His story is a testament to everything that is anti Christian. I find it astonishing that anyone should think, because I am doing music for a documentary film on his life, that that means I support his views. That couldn’t be further from the truth. If it is the case that a composer should only write music for all he believes in, then I, along with many other musicians, would be out of work. I know Jewish composers who have supplied music for film about Adolf Hitler – should they not have done so? If I was asked to write music for a Saddam Hussein documentary, should I refuse? Of course not. My personal view is that, for as long as possible, films about evil people should be shown in order to educate continuing generations what evil can do. If you read the New Testament, it is full of examples where Jesus mixed with some of the worst people in society. Should he have not done so? Of course he should. Did this mean he condoned their ways? Of course not. Once again I must make it very clear that by supplying music for any subject matter does not mean I condone the subject matter.” 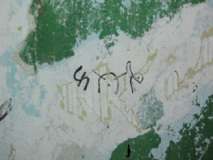