David Hall: Beelzebub And The Beast

This from Starfire Books…

Beelzebub and the Beast

A Comparative Study of Gurdjieff and Crowley

As is well known, Crowley took an interest in the work of the Armenian occultist G. I. Gurdjieff, and paid a visit to Gurdjieff’s institute in Fountainbleu in 1925. There have been other comparative studies of the work of the two men, for example the one a few years back by Colin Wilson.

David Hall, who died in 2007, will be a familiar name to many as one of the founders and editors of Sothis, the substantial and diverse Thelemic magazine which was published from the United Kingdom in the 1970s. David was passionately interested in the work of Gurdjieff as well as that of Crowley, and in the early 1970s he wrote this penetrating study of the work of both men. Unfortunately it failed to find a publisher at the time, although publication was referenced as forthcoming in Kenneth Grant’s Nightside of Eden.

I’m very happy to say that Starfire Publishing has just finalised an agreement with David’s heirs to publish this interesting and absorbing book in 2010. More details will be announced as preparation of the book for publications gets under way.
Any enquiries about the book can be emailed to starfire.books@btinternet.com, or sent to our postal address: 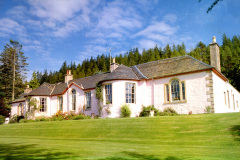