Further evidence that Austin Osman Spare is the most interesting artist in our genre is abundant in the latest Weiser Antiquarian catalogue. Apologies for the delay in posting this item…

may now be viewed here.

Weiser Antiquarian Books is pleased to announce the release of the Fifty-fifth of our on-line catalogs. This catalog comprises an interesting collection of material by and about Austin Osman Spare (1886-1956).

The first section: “Books, Catalogs and Journals Relating to Austin Osman Spare,” includes works by Spare’s friends Denis Bardens and Oswell Blakeston (who presents a rather unflattering fictionalized account of Spare and his pet mouse “Death Posture” in For Crying Out Shroud), as well books by James Bertram & F. Russell, J. C. Squire and Vera Wainwright that feature Spare illustrations. Spare’s friend and literary collaborator, Frederick Carter, shared Spare’s interest in mysticism and magick and was briefly a member of the O.T.O., and is represented by his book The Dragon of the Alchemists, which comprises an essay and thirty-eight drawings, a number of which are strongly reminiscent of those done by Spare himself. The section also includes the two important catalogues published by the Beskin Press: Austin Osman Spare, 1886-1956: The Divine Draughtsman and Austin Osman Spare: Artist – Occultist – Sensualist, each of which contains superb color reproductions of Spare’s work and important essays. There is also a good selection of commentaries and edited anthologies relating to Spare’s work, including the extremely limited productions A.O.S., A Celebration. London 14th May, 2006 and Existence. Austin Spare – 1886 – 1956, and William Wallace’s The Early Work of Austin Osman Spare, 1900-1919, and The Later Work of Austin Osman Spare, 1917-1956, both high quality productions, with color plates, that were printed in small quantity in the late 1980s and count amongst the first scholarly studies of Spare and his artistry to be published.

The second section of the catalog contains a good selection of works by Spare, including several original drawings, and a copy of the beautifully-produced facsimile of a 1944 “Drawing Book” that was published in 2005 in an edition of only 24 copies, each of which includes an original sketch by Spare. There is a copy of the spectacular second number of Form magazine, with a huge double page reproduction of a drawing by Spare, as well as a good selection of Golden Hind magazines, most of which have a number of large illustrations by Spare, including, in one instance, a huge double-page lithograph. Several of these are the rare, signed and limited hardcover editions. Other rarities include First Editions of The Focus of Life (the rare limited issue) and The Book of Pleasure, and a nice second edition (with additional plate) of A Book of Satyrs.
Amongst the other unusual items are three different issues of The Book of Automatic Drawings, a magnificent previously-unpublished sketchbook dating from 1925 that was finally put into print by three friends: Ian Kenyur Hodgkins, Roy Curtis-Bramwell, and Ian Law in 1973. The trio’s plans for the work were ambitious: they had a thousand sets of sheets printed for a trade hardcover edition, and two hundred sets of sheets printed on hand-made paper for a special edition, each copy of which would be bound in quarter leather, and posthumously ‘autographed’ by Spare by way of a signed check. Unfortunately the Fates intervened, and only 100 or so copies of the trade hardcover edition were ever issued (with perhaps 500 copies being bound up in grey paper wrappers), and only a tiny number of the leather edition – perhaps a couple of dozen – were ever bound. A number of the sets of unbound sheets (and their attendant checks) survived, and what must surely have been one of the last of these caches of these sheets was used to make up a new issue, in 2007, handsomely bound in quarter leather, and with a check signed by Spare, as originally intended. The new issue also included an especially-written brief Afterword by Roy Curtis-Bramwell, in which he outlined the history of the book.

Of course both sections include a number of the beautifully-produced Fulgur publications.

As usual we have a variety of other catalogs in preparation. Future catalogs will be devoted to Astrology, Mythology, Theosophy, Kabbalah, Grimoires, The Hermetic Order of the Golden Dawn, Witchcraft, and other of our specialties, with a few suprises along the way. Of course we will also continue to regularly issue our Aleister Crowley catalogs.

The books in these catalogs represent just a minute fraction of our overall holdings. We currently list nearly 10,000 other other mostly esoteric-related titles on our main website: www.weiserantiquarian.com with new stock added weekly. 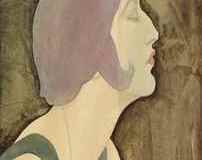