The following is from the Muse Film web site:

VATICAN CONNECTION this is the true story, written by Richard Hammer, of the relationship of the Vatican with the American and Italian Mafia and the elite mystical group of Masonic industrialists known in Italy simply as the P2, that lead to practice of collateralizing the Vatican’s disastrous financial losses in the late 1970’s with stolen and fraudulent securities to the tune of more than $900 million dollars. This criminal activity lead to the deaths of many, mostly by murder, most notably a Pope, Albino Luciani, and an important Vatican banker Robert Calvi who was found hanging supposedly by suicide from the Blackfriar bridge in London. Only $20 million of the phony or stolen stock and bonds were ever retrieved-the rest lost in the Vatican financial machine forever. The greatest conspiracy of the 20th century! Noted director Elias Merhige (Shadow of the Vampire) set to direct. 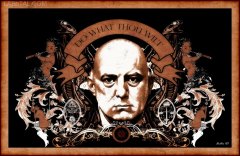