“Mysticism, magic and alchemy all come into play in the creative process. For centuries musicians have tapped into things spiritual, embracing ritual, spell, incantation and prayer deeply into their life and work. Although the connection of music to mysticism has been consistent, well documented and productive, it is still shrouded in mystery and largely misunderstood. For this special edition, Arcana focuses on the nexus of mysticism and spirituality in the magical act of making music. Far from an historical overview or cold musicologist’s study, these essays illuminate a fascinating and elusive subject via the eloquent voices of today’s most distinguished modern practitioners and greatest occult thinkers, providing insights into the esoteric traditions and mysteries involved in the composition and performance of the most mystical of all arts.

or email them at books@weiserantiquarian.com 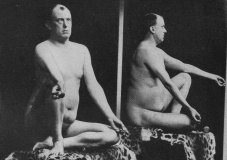