I have been asked why the Google AdSense advertisements have been removed from LAShTAL.COM.

This item will be of interest to very few visitors – for those that are interested, though, read on…
On 1 August 2010 I added a small and unobtrusive Google AdSense box in the margin at the top left of each page, typically displaying no more than two context-relevant advertisements selected by Google. In the Babble On chat box the following day I noted that: “I do not seek and would not condone clicking on links that are not of interest. Hence, I have given them no publicity or promotion.”

Early indications suggest that ‘clicks’ by visitors to the site were helping to generate somewhere in the region of 80p to £1.00 per day.

On 29 August, I received notification from Google that the site’s AdSense account had been disabled: After reviewing our records, we’ve determined that your AdSense account poses a risk of generating invalid activity. Because we have a responsibility to protect our AdWords advertisers from inflated costs due to invalid activity, we’ve found it necessary to disable your AdSense account. Your outstanding balance and Google’s share of the revenue will both be fully refunded to the affected advertisers.

No description of the “invalid activity” was given; neither was it explained whether the disabling of the account had resulted from a complaint.

I immediately appealed against the decision and sought further information in order that inappropriate activity by particular visitors could be challenged.

I have received Google’s response today: Thank you for your appeal. We appreciate the additional information you’ve provided, as well as your continued interest in the AdSense programme. However, after thoroughly re-reviewing your account data and taking your feedback into consideration, our specialists have confirmed that we’re unable to reinstate your AdSense account.

No further appeal is permitted.

Inevitably, I am unhappy about the disabling of the account – not because of the removal of AdSense as a revenue stream to assist with hosting and development costs but because of the implication of inappropriate activity by visitors to the site. More irritating still is the nagging suspicion that the account has been disabled as the result of a disaffected ex-member who made threats to this general effect when his/her LAShTAL account was closed. It seems odd that an AdSense account could be disabled by visiting a site of which you disapprove and clicking repeatedly on advertisements… 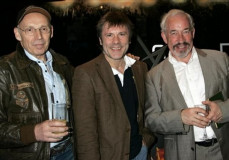