A New Book Inspired by Liber 231

I have had the enormous good fortune to receive a copy of a beautiful new book by Robert Fitzgerald and illustrated by the rather wonderful Barry Hale: A Gathering Of Masks.

It’s available from Weiser Antiquarian for just $ 99 and I can do little better here than to quote the description from their website:

Aleister Crowley’s obscure Liber 231 remains one of his most enigmatic received magical texts, and one whose genesis directly concerns the workings of astral magic and trance-mediumship. A Gathering of Masks is the summation of direct magical workings with the Genii of the Domes, the spirits governing the revealed mystery of Liber 231, and serving as the wards of the Major Arcana of the Tarot. Fulfilled by the author over a period of a decade, the twenty-two evocations of the Genii of the Domes reveal a patterning of power and gnosis heretofore little-explored in the practice of the Art Magical.

The book commences with the author’s Introduction, entitled “By Seal and Sphere: A Treatise on Astral Magic”. The heart of the work is comprised of twenty-two oracles, each of which is accompanied by a commentary and a unique Queen Scale sigil derived from the Work. The book also includes several illustrations by artist-author Barry William Hale of Fulgur Limited. Of interest to scholars of Thelema and practitioners of ceremonial magic, Gathering stands as an outré magical record of the Divinatory Art.
For details of how to order the book from Weiser Antiquarian click here.

A review will follow on LAShTAL.COM in the New Year. 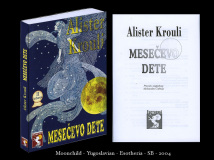