The System of Aleister Crowley’s A∴A∴: Methods and Tools of Attainment
A Lecture and Book Signing by Dr. David Shoemaker

Dr. Shoemaker is the Chancellor of the College of Thelema of Northern California and the co-editor of the new Teitan Press publication of the collected writings of Phyllis Seckler (Soror Meral): The Thoth Tarot, Astrology, & Other Selected Writings
Dr. Shoemaker is a leading expert on the A∴A∴, the system of personal and spiritual development created by Aleister Crowley, and is known for his entertaining and down-to-earth explanations of such arcane subjects as ceremonial magick, Qabalah, and raja yoga. In this lecture, Dr. Shoemaker will discuss the major training “tracks” within the A∴A∴, and show how they develop across the First Order Grades, culminating with the Knowledge and Conversation of the Holy Guardian Angel.
In addition, he will present a brief overview of the life and work of Soror Meral, accompanied by readings from the book.

Phyllis Seckler (1917-2004 EV) was introduced to the teachings of Aleister Crowley in the late 1930s EV and became a regular participant in the activities of Agape Lodge of Ordo Templi Orientis in California, and rose to become a Ninth Degree member of the Sovereign Sanctuary of the Gnosis. She was admitted to the A∴A∴ under the tutelage of Jane Wolfe, eventually taking the now well-known “magical name” Soror Meral and was later confirmed as an Adeptus Minor by Crowley’s successor, Karl Germer. Seckler was a key figure in the reinauguration of the O.T.O. in 1969 EV, and a few years later she founded the College of Thelema, with the intention that it would provide important background training and education for aspirants to the A∴A∴ Although not as widely known as some of her contemporaries, Seckler played a crucial role in the history of Thelema, not only through her efforts to explore and revive Crowley’s creed, but also by training a new generation of its students. The Thoth Tarot, Astrology & Other Selected Writings is edited by three of Phyllis Seckler’s former students: Rorac Johnson, Gregory Peters, and David Shoemaker. It includes a biographical sketch of Phyllis Seckler drawn from her own autobiographical writings, and two of her most important essays: “The Tarot Trumps of Thoth and Psychology”—a detailed analysis of the psychological and magical symbolism of the Trumps of the Thoth deck—and “Thoth Tarot and Astrology,” a significant study of astrology and the natal chart, with special reference to the cards of the Thoth deck. Both of these essays were previously serialized in Seckler’s journal In the Continuum, but they are here presented for the first time in book form, accompanied by redrawn and corrected diagrams. In addition to the essays the book also contains a selection of important correspondence between Seckler, Aleister Crowley, Karl Germer and Jane Wolfe. These are followed by a transcript of the last major interview conducted with Phyllis Seckler, in which she recounted the details of her introduction to Thelema and involvement with the old Agape Lodge, her subsequent participation in various Thelemic organizations, and her thoughts on developments within the Thelemic world. 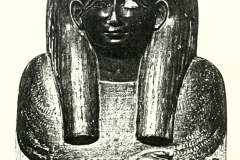