“Angus was a dream percussionist. A dream person.” — Lou Reed

This is the first overview of the lifework of a major American 20th century artistic polyglot.

A suitcase of Angus MacLise’s artwork, publications, and manuscript as well as more than 100 hours of recorded music was left with La Monte Young and Marian Zazeela for safe-keeping thirty years ago. This extraordinary time-vault is the foundation of the exhibition, with additional materials drawn from private previously unseen collections and archives.
Opening Party, May 10th
6pm to 9pm at 521 W23rd Street

The exhibits are open every day from 11am – 6pm, with the curators hosting Walks and Talks at the 521 West 23rd Street location on Saturday May 14th at 3pm & Saturday May 21st at 3pm 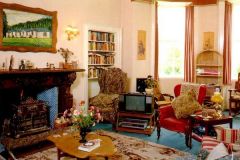