Books from the Nicholas Bishop-Culpeper Collection (Part I).

Weiser Antiquarian is pleased to announce the release of the 91st of our on-line catalogues, which is also the first of a series devoted to the Aleister Crowley collection of our longtime friend and customer, the late Nicholas Bishop-Culpeper (1942-2011).

Those who knew Nick will recall that aside from piecing together a wonderful collection of works by Crowley, he had an extraordinary talent for tracking down books, magazines, newspapers – anything printed really – that contained “undiscovered” references to the Beast. In so doing he played a quiet but important part in furthering our knowledge of Crowley and his times, and developed a remarkable and varied library.
We are honoured that Nick entrusted us with the sale of his library, which he specifically requested should be dispersed, so that others would be able to share the delight in collecting and owning the books that he himself had enjoyed. Nick also asked that we create a printed catalogue showcasing the best and most unusual items, as a permanent record of his remarkable library. This printed catalogue, which will also serve as a memorial volume to Nick, will be released once all of the items in the collection have been made available for sale via these on-line catalogues, probably a year or so from now.

The present catalogue: the first of what will probably be a dozen or more, is divided into three sections. The first section, comprising works by Aleister Crowley, begins appropriately enough with a copy of Aceldama, his first, and one of his rarest books. Other rarities in the section include the first edition of Crowley’s Goetia, a copy of the first edition of The Diary of a Drug Fiend, in its extremely rare dustjacket, and the highly sought-after Helen Parsons Smith edition of the Shih Yi. The second part of the catalogue offers a selection of literary memoirs, biographies, etc., each of which contains a reminiscence or other mention of the Beast – sometimes of considerable importance. The third section presents a number of works that deal with Crowley’s exploits as a climber, from his youthful scrambles on the cliffs of Beachy Head, to his pioneering climbs on Kanchenjunga and K2. 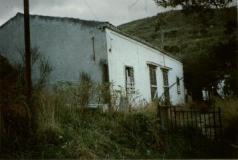