ALETHEIA
Astrology in the New Aeon for Thelemites

J. Edward (Jerry) Cornelius has studied astrology, magick, mysticism, religion and tarot since the 1960s. A fascination with the magick of Aleister Crowley drew him to join the Ordo Templi Orientis and the A.’. A .’. in the late 1970s, where he was mentored by Grady Louis McMurtry (1918-1985), one of Crowley’s leading American disciples. Following McMurtry’s death Cornelius became the head of McMurtry’s A.’.A .’. lineage, which he retains to this day, although he has relinquished his O.T.O. membership. He is well known for his publications on Crowley and magick, having been the publisher – and in many cases author – of the thirteen issues of “Red Flame, A Thelemic Research Journal,” the compiler of the Thelemic magazine “Cornelia,” and the author of the books “Aleister Crowley and the Ouija Board,” and “The Magickal Essence of Aleister Crowley.”

This new book “Aletheia,” is a short, practical work on astrology, with the emphasis on its use as a tool for self-knowledge and mastery by the magician or mystic. Not surprisingly it draws from and builds upon the insights of Aleister Crowley, examining among other things the relationship between astrology and the Tree of Life, the Daimon (or “Holy Guardian Angel”), and the initiatory system as taught by Crowley. US $30.00
A limited number of copies, signed by the author by way of a bookplate affixed to the front endpaper, are now available for immediate delivery from:

(Weiser Antiquarian Books are the Distributors of this title) 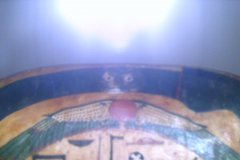