Bohemian Occult Subculture in Britain’s 1890s: How Artists, Actors, and Writers Made the Golden Dawn

The Order of the Golden Dawn is an icon for modern occultists: it’s the late Victorian ceremonial magic organization which created the template for subsequent occult magic. Western mysteries, Kabbalah, Celtic mysticism, and even Wicca would follow forms it developed in its 25 short years, c.1885-1925. It was an occult renaissance, sudden and powerful.

Historians stress the first founders’ connection with freemasonry, giving the impression that it was a club of old Establishment men with gray suits and gray beards. Their rites and study course were, one imagines, equally boring and patriarchal. But in fact, the Golden Dawn core group were a bunch of young creatives – friends working in creative collaboration, inspired by the mysterious. They were the kind of people who, if they lived today, would perhaps hang out at Observatory.

The women, first. One was a polyamorous working actress who wrote for feminist magazines. Another was a feisty trust-fund girl who staged avant-garde plays with her friends. A third was gorgeous Swedish art student who liked older men and doing portraits. The guys: a very cute poet from Irish parentage; a bright researcher with no money and a bad temper; and a rich kid who did a lot of drugs and a lot of boyfriends. They were all bright, feisty, achievers; by old age each had made real impact in their chosen fields. Together they made art, made ritual, did meditations, hung out, had romances, had breakups, studied old texts, and tried to reach into something beyond normal human experience. As we see them anew via this illustrated presentation, it is hoped we can see the Order of the Golden Dawn anew.

Dr. Christina Oakley Harrington is the founder and managing director of the legendary Treadwell’s of London, a bookshop and events center for the British pagan and esoteric community. She is co-editor of the Abraxas International Journal of Esoteric Studies. A former assistant professor of History, she feels passionately that esotericism is an important strand in Western culture, to be addressed, studied, celebrated – and, of course, practiced. 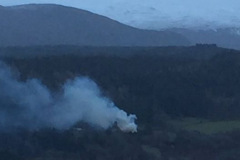