The latest in a long line of extraordinary works to be published by Teitan Press is The Times Deceas’d by someone who will need no introduction to the majority of members of this site: Timothy d’Arch Smith. A charming chap who I had the great pleasure and privilege to meet at a showing of Kenneth Anger’s movies a few years ago…

Weiser Antiquarian Books and the Teitan Press are delighted to announce the launch of:

Under Timothy d’Arch Smith’s guidance the rare books department of The Times Bookshop became the place to go for unusual, eccentric, and censured books in 1960s London. In its cluttered shelves, the works of fin de siècle decadents and the poetry of their “Uranian” successors jostled for shelf-space with the literature of the occult and other yet more dubious tomes. Ancient texts on witch-hunting, manuscripts by Frederick Hockley, handsome quartos by that most peculiar Reverend gentleman Montague Summers, could be found alongside exquisite limited editions of works by the then-unmentionable Aleister Crowley.

Predictably, d’Arch Smith’s office became a required destination for enthusiasts and scholars from all walks of life, with visitors ranging from relatively private individuals like the bibliophile and self-proclaimed practitioner of “the spagyrical arts” Gerard Heym and former Crowley disciple and afterwards occult scholar, Gerald Yorke, to the famous and celebrated, such as the Beatles. The exotic “Countess” Tamara Bourkoun, who headed her own offshoot of the Golden Dawn magical fraternity, provided d’Arch Smith with a personal pathway into Hermetic practice.

In “The Times Deceas’d” Timothy d’Arch Smith writes engagingly and affectionately of all these characters, and the many others: customers and colleagues, literary luminaries and low-lifes and, of course, the often shady denizens of the occult fringe. These reminiscences and anecdotes are enlivened by fascinating snippets of bibliophilic and historical detail, for d’Arch Smith is well known as a bibliographer and scholar par excellence in his chosen fields. As the title suggests, The Times Bookshop is no longer with us, but it lives on, larger than ever, in this delightful memoir.

The “The Times Deceas’d” was first published in England in a very small edition in 2003. The text of this new Teitan Press edition has been corrected by the author, and includes numerous previously-unpublished illustrations.

For one week only copies sold will come with a book-plate signed by the author and will be shipped free of charge (US) or at reduced rate (International).*

or email us at: books@weiserantiquarian.com

*Offer ends at midnight (EST), August 25th, 2011. Due to the automatic settings of our website it will appear as if you will be charged shipping at another rate – please ignore this. We process the orders individually and Reduced or free shipping will be applied to all orders for this title for the duration of this offer. 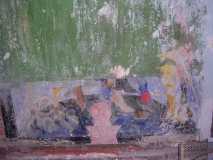