sittingnow.co.uk are launching the first four episodes of SittingNow TV this month.

They are full-length lectures shot recently at the Scarlet Imprint ‘Summer of Love’ event.

Details of the four selected talks:

Jake Stratton-Kent has been lured from the West Country to talk on Familiar and Unfamiliar Spirits. Exploring the Lares Compitales, Viales and Familiaris as the origin of the Verum spirit and Kimbanda Exu crossover. A tour de force, combining his work on the Grimorium Verum, the origins of magic as expressed in Geosophia and their flowering in the cults of the New World.

Ulysses Black is not a name known to the occult community, despite having generated, under different guises, considerable interest through much sought after publications and artwork. As Ulysses Black he assails the issue of identity through performance art and ritual action. From influences such as Joseph Beuys and Hermann Nitsch as well as the Western Magical Tradition he plots a return to mythical Ithaca.

Alkistis Dimech articulates the occult anatomy of the dancer, exploring the mysteries of concealment and revelation through the body. Physical praxis, cross-tradition research and an appetite for the carnal, transgressive and irrational have led her to reorient the body as the primal present and archaic source of knowing. In the Mirror of Sacrifice the dancer encounters self as sacrifice, the act as divine epiphany, and the manifestation of Life in Death. Among the themes covered may be: imitation and doubling; witnessing & the dynamic of an audience; and a disclosure of some techniques to create what she calls ‘the lucid body’.

Peter Grey dissects one of the most notorious of the grimoire rituals, through Grand Grimoire, Red and Black Dragons, paring back the layers of artifice to a raw shamanic confrontation In the skin of the Beast. An exegesis with far reaching implications for grimoire magicians and their dealings with Lucifer.
A trailer for the event can be found here – http://www.youtube.com/watch?v=0xLe8wjOmtA&feature=channel_video_title 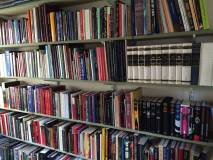