The last remaining numbers of the limited edition of 72 ‘Equinox’ Stelae are now available from The Atlantis Bookshop.

Begun in December 2009, the limited edition was created to mark the 72nd anniversary of the rite conducted by Crowley at Cleopatra’s Needle in London. On the Winter Solstice 1937 he ceremonially gave copies of Book of the Law to representatives of five races of humanity. The edition of 72 miniature stelae also celebrates the 72 years of Crowley’s life.

The ‘Equinox of the Gods’ was Crowley’s last and most comprehensive attempt to publish the Liber Al vel Legis according to the instructions given to him in Cairo in 1904. To promote its publication, Crowley had miniature display models of the Stele of ‘Revelling’, as it was erroneously titled, from off prints of the colour plates.

Based on the dimensions of two surviving examples of Crowley’s original stelae the 72 replicas are made in the same way, using similar materials. Each stele’s upright board, measuring approx 17.5cm height x 10.5cm width, is cut by hand from 3mm plywood. Prints of the Stele of Revealing, used as illustrations in ‘The Equinox of the Gods’, are applied to the front and back.

The upright section is set in a slotted oak base. Applied to the base is a facsimile of the label advertising ‘The Equinox of the Gods’, priced at one guinea, and giving a ‘British Monomarks’ poste-restante address used by Crowley during his peripatetic life in London during the 1930s.
A Magical Edition

In antiquity, the Stele of Revealing was believed to act as magical doorway through which the spirit of Ankh-af-na-khonsu could pass between the worlds of the living and the dead. And the edition of 72 stelae was designed to create the ‘secret door’ referred to in Verse 38 of the third chapter of the Book of the Law; a magical doorway for the energies of the Aeon.

Before the obverse image is applied to each of the 72 magical stelae, a specially designed talisman is impressed on the face of the upright board. Adapted from a Solomonic ‘pentacle’ to open doors, the talisman is decorated with the hieroglyphs from the Stele of Revealing which Crowley paraphrased as ‘I have made a secret door into the House of Ra and Tum, of Khephra and Athahoor’ and used in the daily adorations of Liber Resh.

Each of the 72 magical stelae is presented with a removeable black wax impression of the Secret Seal of Solomon with its curious, key-hole shaped symbol. According to the Lemegeton, Solomon is said to have used the design to seal 72 Goetic spirits into a brazen vessel. These seals were made traditionally on either a Saturday or Tuesday during an increasing moon in the sign of Virgo.

The Equinox Stele is presented in a specially designed box covered with vellum-coloured paper and foil blocked in gold with a design that combines the Stele of Revealing with the heraldic supporters of the Equinox coat of arms.

To secure one of the remaining Equinox Stelae whilst stocks last, please contact The Atlantis Bookshop, Museum Street, London on 020 7405 2120 or at atlantis@theatlantisbookshop.com

Gary Dickinson
The Company of Heaven 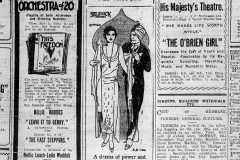