Sorry to read in the Scottish Daily Record of the passing of Malcolm Dent, a name familiar to those of us interested in Led Zeppelin and the history of Boleskine House…

The boyhood pal of legendary rocker Jimmy Page, who became curator of his occult house, has died.

Malcolm Dent moved to the Highlands with the Led Zeppelin guitarist in 1971 when Page bought Boleskine House, the former home of self-styled Satanist Aleister Crowley.

The 14-roomed mansion at Loch Ness has become a Mecca for occult followers since Crowley – known as the Beast of Boleskine – died in 1947.
During his time at the house, Dent claimed to have witnessed chairs moving by themselves and rugs piling up overnight.

Latterly, Dent worked as a volunteer, recording talking newspapers for the Highlands and Islands Tape Service for the Blind and Disabled.

He died after a long illness, at the Highland Hospice, Inverness, He lived at Kilmuir, North Kessock, and is survived by his children Uraina and Malcolm.

The funeral was private and took place in Inverness yesterday. 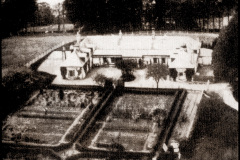