Thousands of irreplaceable manuscripts at Cairo’s Institute for Scientific Research are lost to fire amid attack military attack on protesters at nearby Cabinet building.

A fire that erupted on Saturday in Egypt’s Institute for the Advancement of Scientific Research has resulted in the loss of several precious manuscripts, according to Zein Abdel-Hadi, head of Egypt’s Libraries and Archives Department, which has taken possession of many of the books rescued from the fire. The original manuscript of Napoleon’s historic “Description De L’Egypte” was reportedly among the losses.
Young revolutionaries rushed into the institute – which is located next to the Cabinet building, the site of ongoing clashes between security personnel and anti-government protesters – as soon as the fire erupted in hopes of rescuing the thousands original manuscripts housed there. Nearly 30,000 books were rescued out of a total of around 196,000 in the institute’s collection, estimated Abdel-Hadi, who went on to commend the young activists’ courage.

The “Description De L’Egypte” was initially drawn up by the team of French scientists who accompanied French empire-builder Napoleon on his invasion of Egypt (1798-1801). The 20-volume book was originally entitled “Description of Egypt, or the Collection of Notes and Research Done in Egypt during the French Campaign by Napoleon Bonaparte.”

After the scientists’ return to France, the French interior minister at the time, Jean Antoine Schpetal, organised a special committee mandated with collecting and publishing all the material, which was eventually published in ten volumes of engravings, nine volumes of research, and one atlas.

The volumes are considered among the most important historical works of the early nineteenth century. 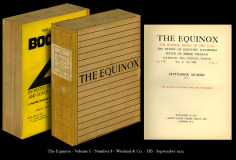