For a number of years now, there have been rumours of “inconsistencies” in the story told by Aleister Crowley of his reception of The Book Of The Law.

In this centenary year, I am indebted to David R Jones for his summary of some of these inconsistencies. They are presented here in the hope that they might promote discussion and research. Just what the implications are is anyone’s guess…
Here’s a taste of some of the information that has recently come into my hands. Although I am planning to publish my findings, my sources are given for independent verification.

According to passenger lists I have acquired from the Mormon genealogical library at Salt Lake City the only “A Crowley” or “E Crowley” to make a First Class sea crossing from Egypt to England or France between February and June 1904 is an entry for “E Crowley and wife” that left the Suez port of Port Said on 6 April 1904 and arrived at Marseilles on 13 April they disembarked. “Edward Crowley” is, of course, what would have been on his passport. What is curious about this is that another first class passenger on this ship, The Commonwealth, was a “Mrs A Besant”, and of course Crowley explicitly claims that he and Annie Besant were on the same ship on his return from Egypt. She disembarked later at London. There is also apparently an extant Hotel record of Crowley’s from the period, which is a receipt for 5 April 1904, which would likely indicate that he checked out of his Hotel on Cairo on that date, since he was paying up his bill. I am in the process of verifying Mrs Besant’s itinerary for 1904 (she was on a speaking tour that included Sydney, Australia, and Calcutta, both ports of call for Barclay Curie & Co’s “Commonwealth”, later sold to the P&O Line from which the record is derived.

It is curious there are so many discrepancies in the story. I recommend Dr R Kaczynski’s excellent biography, not for what it says about this matter, but more for what it doesn’t say. For every other travel event in Crowley’s life he gives details such as Hotels and Ships, yet here he is silent. Why? Because the record is largely silent.

Crowley’s diaries are extant for his whole life from his induction into the Golden Dawn to his death, with two exceptions, this one and a period from 1933-4. How did he lose this one?

Read his reconstructions in Equinox of the Gods and Temple of Solomon the King, and note that they too are full of vagueness completely untypical of Crowley. Likewise, Crowley initially stated that the Book of the Law was received on April 1; he changed this but never gave any explanation. All our knowledge of this event depends on Crowley’s veracity and yet there seem to be numerous discrepancies. For example, the Boulaq Museum closed in 1902, Crowley changed the date of the reception, and if my data is accurate then he wasn’t even in Cairo on the dates of the so-called reception.

Note his own comments in Temple of Solomon the King:

“(This diary is extremely incomplete and fragmentary. Many entries, too, are evidently irrelevant or “blinds.” We omit much of the latter two types.)”

(This probably a blind.)”

What is going on here? And why is this of all his diaries “apparently missing”? It actually makes sense in terms of what Crowley really did, i.e. left Egypt on 6 April. We have the ones before it, and though there is apparently a gap of about a month after the reception we have the ones after it. Crowley claims to have it in the Temple of Solomon the King account. I am hoping to publish these results when I get them all collected and have invitations to examine both the P&O Shipping records and the Theosophical Society records, including Mrs Besant’s papers this coming summer in London. More hopefully will follow, but the more I look into this matter the more and more it appears to be what in religious circles is called a “pious fraud”. Why I am not sure, but it does bring up the whole question of what surrounded the genesis of Liber L and that the magical trappings and psychic phenomena used as proofs by Crowley of its validity are probably simply window dressing. It does certainly put his later attempts to restrict commentary and study in a new light. And explain his reverence for Blavatsky’s dishonesty in a similar context. 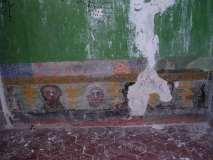