Dr. Roy Walford, the free-spirited UCLA gerontologist who pioneered the idea of restricting food intake to extend life span and practiced the concept rigorously in an effort to live to 120, has died.

Dr. Roy Walford, the free-spirited UCLA gerontologist who pioneered the idea of restricting food intake to extend life span and practiced the concept rigorously in an effort to live to 120, has died. He was 79.

Although he was an accomplished scientist with more than 330 scientific papers and eight books to his credit, Walford was probably better known for the two-year stint he spent with seven other adventurers in Biosphere 2, a self-contained human terrarium near Tucson.

Walford died Tuesday at UCLA/Santa Monica Hospital of respiratory failure and complications from amyotrophic lateral sclerosis, commonly known as Lou Gehrig’s disease. Although the causes of ALS are not completely known, Walford attributed his disease to environmental problems suffered during his confinement in Biosphere 2. He believed that his rigorous diet, on which he consumed only 1,600 calories per day, extended his survival after the symptoms of the disease appeared several years ago.

In a career that can only be described as colorful, Walford alternated years of intensive laboratory research on mice with yearlong sabbaticals in which he walked across India in a loincloth measuring the rectal temperatures of holy men, traversed the African continent on foot and lived in Biosphere 2, practicing what he called the Signpost Theory of Life.

“If you spend all your time in the laboratory, as most scientists do, you might spend 35 years in the lab and be very successful and win a Nobel Prize,” he told The Times in 2002. “But those 35 years will be just a blur. So I find it useful to punctuate time with dangerous and eccentric activities.”

He shaved his head, sported a Salvador Dali mustache and rode a motorcycle, once breaking his leg while attempting a wheelie on Santa Monica Boulevard. His scientific work began in the 1960s at UCLA when he was exploring the potential links between food and longevity. Working with mice, he found that restricting their caloric intake by about 40% could nearly double their life span — but only if the diet was started at a very young age and they consumed a nutrient-rich diet that prevented malnutrition.

The diet preserved both physical health and mental agility. He found that a 36-month-old mouse that had been fed the restricted-calorie diet could run a maze with the facility of a normal 6-month-old mouse.

“He was a pioneer in the scientific study of the aging process, someone who rather doggedly pursued it when it was not well-funded and not a particularly popular scientific discipline,” said Dr. Alistair Cochran, a pathologist at UCLA.

That seminal work has subsequently been replicated in a variety of species, including primates.

At first, researchers didn’t think it would work for older animals, however. When experimenters abruptly switched mice to a low-calorie diet, the animals suffered a variety of adverse effects and their life spans were usually shortened dramatically.

But Walford and then-graduate student Rick Weindruch found that easing the animals into the diet over a two-month period allowed them to live at least 20% longer. That was when Walford decided to undertake the regimen himself. on a typical day, he had a low-fat milk shake, a banana, some yeast and some berries for breakfast; a large salad for lunch; and fish, a baked sweet potato and some vegetables for dinner. He followed that spartan diet from then on. If he happened to consume a little too much one day, he would eat a little less the next.

Before ALS caught up with him, he stood 5 feet, 8 inches and weighed 134 pounds. He had a bodybuilder’s physique, the product of workouts at a local gym.

He got an inadvertent chance to test his theories in humans when he became a member of the Biosphere 2 team. Biosphere 2 — biosphere 1 being the Earth itself — was a $150-million, 3-acre, glass-enclosed structure built to determine whether humans could live in a self-sustaining environment on another planet, such as Mars.

Walford, then 67, was by far the oldest member of the team. The next-oldest was 40, and the rest were about 30.

Soon after they were sealed inside in 1991, the group realized that they couldn’t grow enough food to provide a normal diet. Walford convinced them to adopt a near-starvation regimen: vegetables and a half-glass of goat’s milk every day, meat or fish once a week.

They didn’t exactly flourish, but they did get healthier. Men lost nearly 20% of their body weight and women about 10%. Their blood pressure, blood sugar, cholesterol and triglyceride levels all fell by at least 20% to extremely healthy levels. The team members also exhibited an increased capacity to fight off illnesses, such as colds and flu.

But levels of nitrous oxide — produced by microorganisms in the soil and normally broken down by sunlight — rose to dangerously high levels, and the crew suffered periods when the oxygen level in the structure was unusually low. Walford later speculated that both problems caused the death of brain cells.

“I remember, when I would talk to him while he was in there, his voice would be slurred, and he would say he would bump into things while he was walking because he was lightheaded,” said his daughter, Lisa Walford.

“The disease started in Biosphere, even though I wasn’t aware of it at the time,” Walford told The Times. “You can see it on the videos. I was getting a little bit wobbly.”

After leaving Biosphere 2 in 1993 at the end of the experiment, Walford went back to UCLA to continue his research. His most recent idea was that the immune system malfunctions during aging, producing an inappropriate response to pathogens that is manifested as the normal side effects of aging.

Working with his daughter and other colleagues, he was raising mice with defective immune systems in ultraclean environments to determine if that would reduce side effects and increase longevity.

He was also compiling a documentary about Biosphere 2, editing the hours of video he recorded during the confinement.

The night before he died, he was working on it at his computer in his converted industrial-building home in Venice, his weakened arms held over the keyboard by pulleys, his daughter said.

“He always had that kind of perseverance in the face of adversity,” she said.

Roy L. Walford was born in San Diego in 1924. Exceptionally gifted, he was not only the top student in his high school class, but also a talented gymnast and wrestler and a jitterbug dancer.

He matriculated at Caltech, where he met his lifelong friend Al Hibbs, a NASA space scientist who died last year.

After graduating, they went to the University of Chicago, Hibbs to study math and Walford to work on a medical degree. Walford developed an interest in theater and wrote a farcical adaptation of Christopher Marlowe’s “Dr. Faustus.” He also supplemented his income by performing a balancing act in which he was held aloft by a weight-lifter.

Upon graduation, what he later described as his periodic craziness took over, and he and Hibbs decided they wanted to sail around the world. Lacking money, a boat or the desire to earn the money working, they decided to try gambling.

Analyzing roulette wheels, they found that each had its own idiosyncrasy, with certain numbers appearing more often than others. Armed with their observations and a borrowed $200, they tackled Las Vegas and Reno.

They came away with $42,000, which allowed them to purchase the yacht of their dreams.

A cover story in Life magazine, as well as articles in Time and The Times, alerted the casinos, which began randomly moving roulette wheels around in the casinos to prevent others from following their example.

Walford and Hibbs sailed the Caribbean for 18 months until their money ran out, at which point they resumed their professional careers.

In addition to being a gifted scientist, Walford was also what one friend called a “cultural provocateur.” Although he was on the clinical faculty at UCLA, he traveled with the Living Theater, writing reviews for the now-defunct Los Angeles Free Press. He wrote about the underground drug scene in Amsterdam before it became well known.

His tastes were eclectic. He was close friends with members of the pop group Manhattan Transfer and “was into punk rock before the rest of us knew what it was about,” UCLA’s Cochran said. His adventures in India, Africa and Biosphere 2 got him elected to the Explorers Club.

He met and married Martha Sylvia Schwalb while he was in Chicago and they had three children, but the couple divorced after 20 years. After that, he gained notoriety for his large number of relationships with women. Friends joked that he wanted to extend his life span only because “there were too many women and too little time.”

Even so, he was a devoted father, his daughter Lisa said. “I majored in dance at UCLA, and he came to every performance I was in,” she said. “He was my best friend.”

In addition to his daughter, Walford is survived by two sons, Peter and Morgan; and two granddaughters.

A private memorial service will be held Sunday in Venice Beach, and memorials are also planned for later in the month at Biosphere 2 and at the Chelsea Hotel in New York City. Walford will be cremated and his ashes scattered at sea. The family requests that, in lieu of flowers, donations be made to the Roy Walford Endowed Lectureship at UCLA. 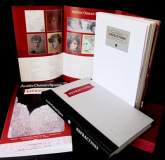