This fascinating and lengthy recent article from The Times (UK – 29 May 2004) namechecks both Aleister Crowley and Austin Osman Spare.

“Hollywood has pounced on the bizarre, darkly humorous comics of the eccentric Alan Moore, much to his fury, says Daniel Morden… The walls of Alan Moore’s home are festooned with magical paraphernalia; enochian tables based on the work of John Dee, paintings by the Twenties occultist Austin Osman Spare and wands that once belonged to Aleister Crowley…”
The wild man of Sea View

The walls of Alan Moore’s home are festooned with magical paraphernalia; enochian tables based on the work of John Dee, paintings by the Twenties occultist Austin Osman Spare and wands that once belonged to Aleister Crowley. Moore is huge, and very hairy. He gazes at me benignly through an aromatic fug.

“People have asked me why did I make the first chapter of my first novel so long, and in an invented English. The only answer I can come up with that satisfies me is, to keep out the scum.”

He takes another toke. The novel in question is Voice of the Fire, recently reprinted by Top Shelf. Voice is one of many bizarre, unique works that Moore has produced in the past 20 years. His history of gay culture, The Mirror of Love, has just enjoyed a sumptuous reprint. He is one of Britain’s best-kept secrets. Much admired by the likes of Iain Sinclair and Michael Moorcock, he has long been a cult figure. Suddenly he is in danger of becoming seriously famous. But not without a fight.

In the 1980s Moore gave the form a much needed kick up the pants with Watchmen. It was as thought-provoking and layered as the best arthouse cinema, and as gripping as the best of Hollywood. Yes, Watchmen featured superheroes: but Moore took apart the concept and reconstructed it. Among his superheroes were a lonely, inadequate vigilante, a CIA-sanctioned assassin and a god. Though it captured the Eighties’ fear of nuclear Armageddon perfectly, Watchmen remains resonant today. The book builds to an eerily prescient cataclysm in New York which changes the world for ever. Through comics he has written a gripping dissection of the Jack the Ripper story (From Hell), explored the relationship between art and magic (Promethea) and created a chillingly real fascist Britain (V For Vendetta).

Lately, it’s become fashionable to describe comics as “graphic novels”. The work of artist-writers such as Art Spiegelman, Chris Ware and Marjane Satrapi has given the form an increasing respectability. The second volume of Satrapi’s moving account of her Iranian childhood, Persepolis 2, is due to be published in August; Dave Eggers has joined forces with Ware to produce a “comics issue” of the literary journal McSweeney’s, published next month. Moore would be on the side of Eggers’s terminology; he can’t abide the term “graphic novels”.

“That pompous phrase was thought up by some idiot in the marketing department of DC, my publishers in the Eighties. I prefer to call them Big Expensive Comics.”

Moore is excellent company. His rants, praising neglected authors or berating Hollywood, are filled with wit. His home, a terraced house in Northampton, is about as far as it is possible to get from a coastline in England. It is called Sea View. When I ask why, he replies: “I’m preparing for global warming.”

He is nothing if not perverse. Watchmen was an enormous hit: he refused to write a sequel. He has just been discovered by Hollywood: he refuses to have anything to do with them. Two of his comics have already been turned into films (From Hell and The League of Extraordinary Gentlemen), with another two in development. Yet he hasn’t seen the films and will strenuously attempt to prevent any other adaptations of his work.

It has to be said, neither film was a success. The League of Extraordinary Gentlemen was a travesty (“an extraordinary display of creative cowardice and mishandling” — Empire magazine). The central conceit remained: Allan Quatermain, The Invisible Man, Mr Hyde, Captain Nemo and Mina Harker are enlisted by MI5 to do battle with a mysterious villain. Moore’s comic was filled with dark humour and knowing wit. His Quatermain was an addict, Hyde horribly bestial and the Invisible Man a self-serving megalomaniac. The movie dumped the darkness, gave us straightforward heroes and introduced a sharp-shooting Tom Sawyer for the American market.

“I threw a spectacular tantrum a few months ago. I’ve avoided seeing the From Hell film. I’ve avoided seeing The League film. I don’t think adaptation is a particularly good idea. If something works perfectly in its native medium, why is there this urge to make it into a film or a lunchbox or a T-shirt? I’d originally thought, naively, that if I kept up a snooty enough silence towards the films and maintained that they had nothing in common with the comics beyond a coincidence of title I could separate my work from them in the public mind. Then I got an innocent phone call from some lowly legal person at the studio who made The League. Apparently some guy was claiming he had circulated a similar script in the Nineties. It is nothing to do with me; the studio will deal with it. But the idea that some head of a studio had stolen his idea and given it to me, so I could write a comic based on it as a cover for the film . . . it’s ridiculous. I know comics aren’t much, but I am about the best in the medium. I was outraged. It was obvious I wasn’t going to be able to keep the distance I wanted to.

“If you’re going to react to something, you might as well overreact. I led my highest horse out of the stable and rode it round the paddock a few times. I announced that from now on no more films are to be made of my work. If I don’t own the rights, so I don’t have a say, I want my name taken off them and all the money goes to the artists. A couple of days later I got a phone call from my old publishers, DC, saying, ‘We’re going to send you a huge cheque for the Hellblazer film (Constantine, based on the Hellblazer comic), and the Watchmen movie is going to happen!’ I suddenly thought, this is turning into a very costly stand on principle. But once I’ve said it, I’m not going to go back on it; that wouldn’t be me.”

Turning his back on the strenuous attempts to turn him into a franchise, he is concentrating instead on works of magic. For the past ten years he has been a practising magician. He refers more than once to his “imaginary friends”.

“Magic is about creativity and consciousness. I reckon that’s what it has always been about. It is largely a linguistic phenomenon. An ‘evocation’ is to call something into external appearance. I can’t really think of any way to do that effectively except with words or music. An ‘invocation’ is to summon an in-dwelling spirit, to be possessed by something. These definitions could be used in magic or poetry. They’d mean pretty much the same thing in either case. There’s a lot of interesting interplay between these things.”

His interest in magic has resulted in a series of performances, each one based on the date or location of the performance. They are done only once and then recorded. They involve months of research. The CDs, recorded with Tim Perkins, are available through Top Shelf.

Hard work? “Perversely so. When I was a kid I went to Yarmouth to see Ken Dodd. I remember thinking, ‘He must tell those jokes every night’. It felt like a cheat because it gave the illusion of being somehow spontaneous and one-off. I thought, ‘What if we do something really labour-intensive? I’ll create a show that could only be performed in that place at that time. I’ll put all the work in, more work than a rock album: the words are more dense, the music is more dense. And because they’re done only once they have an extra special power. We’ve got five CDs now. I’m very proud of all of them. I reckon that beats Oasis.”

He is also pursuing, with characteristic energy, an interest in pornography. Together with his artist girlfriend Melinda Gebbie, Moore has written Lost Girls, due to be published later in the year.

But can pornography be redeemed? According to Moore, the answer is yes, if you apply the same criteria as to any other form of fiction. “We’ve structured the book very carefully. A lot of the pornography I’ve read — in my studious research — has got nothing but problems. There are no characters. There’s no plot. There’s no theme. It starts at sexual Mach 10 then keeps that up for four or five chapters. If ever there was a literary genre that should build to a climax it is pornography.”

His novel Voice of the Fire, is a shamanic history of his native Northampton. It isn’t an easy read: the first chapter is in an invented prehistoric pidgin English. But Moore’s ability to give convincing voices to characters across Northampton’s history — a Roman bureaucrat witnessing the collapse of the Empire, a severed head, a witch about to be burnt at the stake, the poet John Clare — is utterly convincing. He packs more ideas into a single chapter than most writers would into a whole book.

Does he have any regrets about spurning the fame and riches that were offered by Hollywood? “The margins are the only place to be. It is where all the interesting stuff happens.”

From Hell Knockabout Comics 2000
Promethea DC Comics 2000
V For Vendetta Titan Books 1990
Voice of the Fire by Alan Moore; Buy the book and The Mirror of Love by Moore and José Villarrubia are reissued by Top Shelf Productions, www.topshelfcomix.com
The Birth Caul, Snakes and Ladders, Angel Passage and The Highbury Working, music CDs by Alan Moore and Tim Perkins, are also available from Top Shelf.

The ICA presents Comica: Confessions & Convictions (June 5-13) ICA, The Mall, London SW1Y 5AH, box office and inquiries 020-7930 3647, www.ica.org.uk
This includes The Mindscape of Alan Moore, the European premiere of the director DeZ Vylenz’s cinematic audience with Moore, a born raconteur. The film is a psychedelic journey with this modern-day magus and class hero, beginning with his childhood background, following his meteoric rise as one of the most important voices in comics, through to his immersion in a magical world view. Moore is also an increasingly, if unlikely, influence on Hollywood, which has finished filming Constantine, starring Keanu Reeves. There will be a pre-screening panel discussion with Moore’s collaborators, including David Lloyd, José Villarrubia, Dave Gibbons and Kevin O’Neill (www.shadowsnake.com).
Monday June 7, 8.30pm, ICA Cinema 1 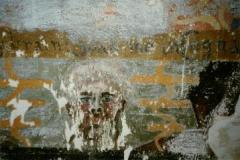