“The Worst Man in the World”

Black magic is not a myth. It is a totally unscientific and emotional form of magic, but it does get results — of an extremely temporary nature. The recoil upon those who practice it is terrific.

It is like looking for an escape of gas with a lighted candle. As far as the search goes, there is little fear of failure!

To practice black magic you have to violate every principle of science, decency, and intelligence. You must be obsessed with an insane idea of the importance of the petty object of your wretched and selfish desires.

I have been accused of being a “black magician.” No more foolish statement was ever made about me. I despise the thing to such an extent that I can hardly believe in the existence of people so debased and idiotic as to practice it.

In Paris, and even in London, there are misguided people who are abusing their priceless spiritual gifts to obtain petty and temporary advantages through these practices.

The “Black Mass” is a totally different matter.

I could not celebrate it if I wanted to, for I am not a consecrated priest of the Christian Church.

The celebrant must be a priest, for the whole idea of the practice is to profane the Sacrament of the Eucharist. Therefore you must believe in the truth of the cult and the efficacy of its ritual.

A renegade priest gathers about him a congregation of sensation-hunters and religious fanatics; then only can the ceremonies of profanation be of extended black magical effect.

There are many ways of abusing the Sacrament. one of the best known of which is the “Mass of Saint Secaire,” the purpose of which is to cause an enemy to wither away.

At this “mass,” always held in some secret place, preferably in a disused chapel, at midnight, the priest appears in canonical robes.

But even in his robes there is some sinister change, a perversion of their symbolic sanctity.

There is an altar, but the candles are of black wax. The crucifix is fixed the head downwards.

The clerk to the priest is a woman, and her dress, although it seems to be a church garment, is more like a costume in a prurient revue. It has been altered to make it indecent.

The ceremony is a parody of the orthodox Mass, with blasphemous interpolations.

The priest must be careful, however, to consecrate the Host in the orthodox manner. The wine has been adulterated with magical drugs like deadly nightshade and vervain, but the priest must convert it into the blood of Christ.

The dreadful basis of the Mass is that the bread and wine have imprisoned the Deity. Then they are subjected to terrible profanations.

This is supposed to release the powers of evil and bring them into alliance. (It is rather the case of the mouse trying to make a friend of the cat!)

In the congregational form of the Black Mass the priest, having finished his abominations — these are, quite frankly, indescribable — scatters the fragments of the Host on the floor, and the assistants scramble for the soiled fragments, the possession of which, they believe, will allow them to work their petty and malicious designs.

My most memorable personal experience of the effects of black magic occurred when I was living in Scotland. The machinations of a degraded and outcast member of the Order caused my hounds to die, my servants to become insane. The struggle lasted until the recoil of the current of hated caused the luckless sorcerer to collapse.

The explanation of its effects is that, if you believe passionately enough in your will to do something, then power to achieve it will accrue to you.

My enemies say that the celebration of the “Black Mass” was one of the most innocuous of my activities in Sicily and in France.

“Why was he thrown out of both those countries?” they ask.

The explanation of why I left is quite simple and unsensational. I took a villa at Cefalu in Sicily for work and play. We began the day with family prayers; we occasionally celebrated a semi-religious ceremony known as the Gnostic Mass.

Several people who were my guests at the “abbey” made imaginative copy out of their visits.

Then the Fascists came into power and some foreign newspaper correspondents were asked to leave.

And so was I. There was no rough turning-out. I was treated with the greatest of courtesy.

The reason I left Paris was that the authorities refused to renew my carte d’identité. No charge was made against me; and no explanation given.

Somebody I had quarreled with had gone to the authorities and succeeded in making them think that something was wrong.

Spiritualism — more correctly, spiritism — is not a form of black magic.

Through their mediumistic acts, spiritists sometimes get hold of disintegrated pieces of the mental apparatus of a man or woman who has died recently.

The apparatus has lost its guiding control, the spiritual side of a man, and it can be — and often is — taken by elemental spirits of evil and turned to any base use.

Spirits are playing with malicious forces.

Witchcraft is a more or less solitary form of black magic.

By working herself into a diabolic ecstasy the witch can achieve success in her schemes. She is willing to sacrifice her first-born, a usual price demanded by the demon, or sell her soul.

And all for what? To stop her neighbour’s cows from giving milk; to send a surly enemy to a sick bed.

The effect is completely ridiculous compared with the waste of spiritual forces required to produce it.

The true magician is above spite and venom. He tries to bring about the results for which he is working, not by sudden and disruptive interference with the existing order of things, but by slow natural processes.

In theory there is no limit to the power of magic. A magician is like a mathematician; he has complete control of the symbols as long as he keeps to the rules.

I have prepared the elixir of life, that magical draught which gives eternal youth. Like the touch of Midas, it is not an unmixed blessing.

I made it first when I was forty. It was done hastily and with imperfect knowledge. I took seven doses, as the first two or three had no apparent effect. The consequences were extremely violent.

One day, without warning, I woke up to find that I had lost all my maturity. I became mentally and physically a stupid stripling. The only thing I could think of doing was to cut down trees!

I was living in a cottage in New Hampshire; for fifteen hours a day I toiled at felling trees. I worked like a madman. No feat of strength was too great for me.

These fantastic physical powers lasted for about two months, and were followed by reaction. For half a year I was in a state of lassitude. I had been playing with a dangerous recipe.

Six years later I experimented again with the elixir, taking precautions to avoid such drastic results. The result was that at 47 I was as powerful an athlete as any man of 30.

I still retain much of the good effect of this experiment.

My intellectual activity has not only been conserved but intensified, and I am still enjoying perfect health and energy. 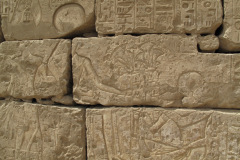