Like many occultists, I avoid mentioning my practices to my secular friends wherever possible. one reason is the association most people seem to have between ritual magick and human sacrifice. My denials are often met with suspicion and disbelief. Today most serious occultists, whilst acknowledging that ritual slaughter played its part in the distant past, will scoff at the idea that it could have more than a symbolic role in modern magick.

An example of the gap between reality and popular perception can be found in the myth of Aleister Crowley, initiate of the Golden Dawn and founder of Thelema. Whilst it has now become relatively commonplace to hear him described as a child murderer, Crowley was actually never accused of this during his lifetime. He was, however, widely and publicly blamed for the death of his pupil Raoul Loveday. According to the Crowley Biography The Great Beast(1) , Loveday visited Crowley at his Abbey of Thelema in Cefalù in the summer of 1922. In April 1923, he died of dysentery. The London Press, although not levelling any direct accusation, called for an immediate investigation. While the reports seemed mainly to be an excuse to reprint salacious details of life in the Abbey, they nevertheless had some impact on the newly installed Italian fascist government. on April 23rd, if The Great Beast is to be believed, Crowley was summoned to the Police Station and shown an expulsion order. He left a week later.

Whilst Crowley’s murderous activities may have been largely imaginary, Mussolini may have had his reasons for being suspicious. Like most small Sicilian towns in the orbit of Palermo, Cefalù was run by Mafiosi. A new book by John Dickie titled Cosa Nostra: A History of the Sicilian Mafia(2) , cites new evidence from research carried out after the Italian Mafia trials of the early 1990s. This material, much of it published in English for the first time, confirms long-standing rumours about links between the Mafia and other secret societies. It can now be verified that, like members of many magickal groups including the Golden Dawn and Crowley’s Ordo Templi Orientis (O.T.O.), members of the Mafia underwent initiation rituals, swore binding oaths of loyalty, and were organised into units based on geographical boundaries. Unlike their occult contemporaries, Mafiosi were then obliged to carry out tactical murders on the say so of their superiors, murders which often carried a gruesome symbolism.

The Origins of The Mafia Before the Mafia trials of the 1990s, many myths surrounding the secretive criminal fraternity were deliberately allowed to survive, and in some cases were actively fostered by Mafiosi themselves. one such notion was that the organisation stretched back to feudal times, representing a kind of underground aristocracy during successive foreign occupations. In his book Dickie argues convincingly that the Mafia in fact grew up during the Bourbon dynasty that ruled Sicily from Naples during the early nineteenth century. The Neapolitans brought with them Freemasonry, which grew in popularity from the 1820s. With its secret meetings and signs of recognition, masonry provided the perfect cover for revolutionaries and others not content with the Bourbon regime. As early as the 1830s nationalistic Sicilian lodges known as ‘carbonari’ (charcoal burners) were reported as cornering the market for certain types of government contract. Following Garibaldi’s successful uprising in 1860s, Sicily was incorporated into the new Italian state. Being ruled from Rome rather than Naples brought little advantage to the impoverished Sicilians, however. The secret societies did not disband, but refocussed their activities on extortion. Soon they had establised a stranglehold on the island’s valuable citrus trade. It was through this that connections were first made with American ports, connections which would multiply in value enromously when the export of lemons and limes was supplemented by a much more lucrative commerce – in opiates. The Mafia Initiation

The Mafia initiation ceremony is cited a few times in the book, based on ‘primary sources’ such as accounts from Mafia defectors. Details vary, but the basic pattern follows that laid out on page 160.

“… only six months earlier Verro [the initiate, a local trade unionist] had been woken at dawn by a handful of gravel thrown at the window of his house in via San Nicolò. As agreed, he dressed quickly. once outside, he was led a short distance to the the house of a man he knew, a gabelloto [farm foreman] on one of the estates that surrounded the town. There he was shown into a room where he found a group of men around a table. At the centre were three rifles and a piece of paper with a skull drawn on it.

The presiding boss began by explaining the purpose of the meeting was to admit Verro to the secret association – the members called themselves Fratuzzi (‘the brothers’). When prompted the initiate Verro explained how the social movement he had founded in Corleone aimed to champion the interests of the oppressed proletarian masses. Satisfied with this account, the boss warned of the dangers that faced any man who did not keep the society secret.

Verro was asked to repeat the Fratuzzi oath of loyalty before holding out his right hand thumb to be pricked with a pin. The blood was smeared on the image of the skull, which was then burned. In the light of the flames, Verro exchanged a fraternal kiss with each of the mafiosi in turn. He was told that, to introduce himself to any member of the Fratuzzi, he was to touch his incisors and complain of a toothache. He was now a member of the Corleone cosca of the mafia.”

In some versions, the image of the skull is replaced with the image of a saint, and the rifles with knives or daggers. The author of Cosa Nostra suggests parallels with masonic initiations, without going into details, and indeed there are some. In particular, there are marked similarities between the above and the so-called ‘Vengeance Grades’. Although unfashionable nowadays, these enjoyed a wide popularity in the 18th and 19th centuries. The basic motif, as always, revolved around the murder of the Master Builder of the Temple of Jerusalem, Hiram Abif. In this version of the myth, the initiate discovers one of the assassins and plunges a knife into his breast. The Vengeance Grades have a particular resonance within Red Lodge masonry because of it’s Templar grades, and the oath of vengeance allegedly sworn by the Templars’ 23rd Grand Master, Jacques de Molay.

According to occult legend the Order goes ‘underground’ after being betrayed by the Church and French King. Whilst burning at the stake, de Molay cries out to God for vengeance – a prayer that is answered by the death of both Pope and King within the year. The coming decades also see the end of the French Capetian dynasty, with many of the remaining monarchs meeting unpleasant ends. This led them to become known as the Rois Maudits, or cursed line. Interestingly, the Vengeance Grades have often been cited by the Catholic Church as evidence of the murderous and un-Christian nature of masonry. As Cosa Nostra now reveals, though, the Mafia had at least as much overlap in membership with the Priesthood as with the Masons.

Crowley, of course, would have known a great deal about the Vengeance Grades: as ‘Outer Head’ of the Ordo Templi Orientis (or Order of the Eastern Temple), he would have had a special interest in the Templar grades of English masonry, and may well have used his Italian travels as an opportunity to familiarise himself with the variants practised abroad. Sicily was itself an important Crusader stronghold, part of a chain of island fortresses that brought supplies to, and treasure from, the Holy Land. Also the skull was an important Templar symbol (often but not always combined with the two crossed thigh bones now usually thought of in connection with pirates).

Of course, the skull also has a much more obvious secular meaning, which bears directly on the work of the Cosa Nostra. According to Dickie, murder was absolutely at the core of Mafia operations. In 19th and early 20th century Sicily, poverty was nearly universal and life was cheap. Dickie’s book documents numerous killings over incidents such as vandalised bushes or slight discourtesies, which could be interpreted as deliberate insults and therefore threats to the authority of Mafia bosses. one police informant is strangled (symbolising silence) after first having had his arm cut off (symbolising the futility of opposing the Mafia). Another boy is held hostage until his 14th birthday, and then strangled (murder of children was forbidden).

For me, the Mafia (as well as the Masons) exemplify the folly of taking oaths of loyalty and secrecy more seriously that one’s oaths to the gods or the higher self. Obedience and secrecy in secret societies may once have been necessitated by persecution, but nowadays is hard to justify. Personally, I like the injunction in Lokanath’s translation of the Ganesha Upanishad: “This Arthava Shira [Magickal Text] should not be given to those not pupils.” The requirement for secrecy is qualified: it’s OK to share with genuine students, but not to boast or try to impress those who have no real interest. All of which brings me full circle, to why I don’t talk about magick to my secular friends. All things being considered, there are usually plenty of other areas of mutual interest, often topics where I have more to learn and my friends have more to say. My magickal intent remains focussed, and my friends don’t start looking at me nervously and wondering if the rumours are true … 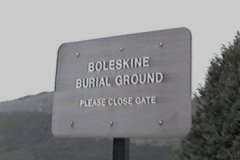