Gerard de Sede was responsible for introducing the world to the mystery of Rennes-le-Château, a real-life historical detective story set in the Languedoc in south-west France.

In 1967 he published Le Trésor maudit de Rennes-le-Château (translated as The Accursed Treasure of Rennes-le-Château, 2001), in which he describes how, at the end of the 19th century, a priest apparently discovered something in his hilltop village which enabled him to amass and spend a fortune. Between 1891 and his death in 1917, Abbé Bérenger Saunière disposed of more than one and a half thousand million old francs, valued in 1913 at £60m. Was the village of Rennes-le-Château the centre of a fabulous discovery? What was the secret possessed by Abbé Saunière?

De Sède first became known to the anglophone book-reading public in 1982, through the non-fiction best-seller The Holy Blood and the Holy Grail, by Michael Baigent, Richard Leigh and Henry Lincoln. Lincoln’s introduction describes how Le Trésor maudit had inspired the authors to start on their own journey of discovery. Did Saunière discover gold treasure in the area, or did he find parchments which attested to the bloodline of Christ, who had survived the cross? Had the bloodline since been preserved through history by a secret society? Perhaps there was a more prosaic explanation for his wealth, such as the selling of masses.

Their research led to several books and television documentaries on the subject, putting Rennes-le-Château alongside the Loch Ness Monster as one of the world’s great unsolved mysteries. This quest has been joined over the years by many other researchers and writers, to the extent that there are now more than 500 books on the topic, numerous websites and a thriving tourist industry in the area, catering to grail seekers from around the globe.

Gérard de Sède’s writing on “alternative history” dated back to 1962, with the publication of Les Templiers sont parmi nous, ou, L’Enigme de Gisors (“The Templars are Amongst Us, or The Enigma of Gisors”). It was this work which first hinted at the existence of the Priory of Sion, the “secret society” which plays such an important role in the Rennes-le-Château mystery. This book was followed in 1967 by his first work dealing exclusively with Rennes-le-Château, L’Or de Rennes, ou La Vie insolite de Bérenger Saunière, curé de Rennes-le-Chateau (“The Gold of Rennes, or The Strange Life of Bérenger Saunière, Priest of Rennes-le-Château”).

De Sède was initially published as a Surrealist writer. In 1941, during the German occupation of France, and at the age of only 21, he was a member of the Surrealist group known as “La Main à Plume”. De Sède himself had named the group in truncating a phrase from Rimbaud, “La main à plume vaut la main à charrue” (“The hand that writes is equal to the hand that ploughs”). His L’Incendie habitable (“The Inhabitable Fire”) appeared in 1943 as the third of 12 issues of the group’s periodical.

He received two citations for his activity with the Forces Françaises de l’Intérieur (FFI) during the liberation of Paris. Following a wide-ranging career in the 1940s and 1950s, which embraced newspaper selling, tunnel-boring and journalism, he became an “agriculteur” in 1956. Several of his publications, from the 1960s onwards, were written with his wife, Sophie.

More recently, de Sède looked critically at the mystery of Rennes-le-Château. In Rennes-le-Château: le dossier, les impostures, les phantasmes, les hypothèses (1988) he surveyed some of the publications which had appeared over the previous 20 years, analysing the theories and their proponents.

Through his more than 40 works, de Sède’s writings on “alternative history” have remained controversial. Some authors have even suggested that the entire Rennes-le-Château “mystery” may not be real at all, but instead an elaborate prank hatched in the 1950s by de Sède and a coterie of friends. Whatever the secret may be, as de Sède himself pointed out in Le Trésor maudit, quoting André Breton, “The imaginary is something that tends to become true.” 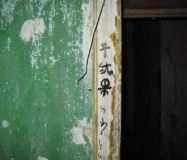