“Progradior And The Beast”: Keith Richmond

“Progradior & The Beast: Frank Bennett and Aleister Crowley” and “The Magical Record of Frater Progradior and other writings by Frank Bennett”
Keith Richmond
Published by Neptune Press 2005.

There’s a widely held belief – not o­ne that I share, to be honest – to the effect that the biography of Aleister Crowley has been done to death, the bones of his life picked clean. However, a man is defined not just by his pronouncements, his travels and his works, but also by those that he knew, those he befriended, those that respected, admired and liked him.

Amongst Crowley’s vast circle of associates and followers, there are some that can clearly be described as “major league” – the likes of Victor Neuburg, Leah Hirsig and Israel Regardie. Much is known about these individuals and most students of Crowley have at least a passing knowledge of their biographies – although, who’d have believed that Hirsig’s actual death date would be incorrect by about 16 years in all the published accounts?

The “minor league” players, o­n the other hand, are generally much less well know: Mary Butts, for example, and C F Russell. Few students of Crowley know more than the magical mottoes of these characters that wander around as shadows in the life of The Beast.

Frank Bennett was o­ne such character. Most Crowley biographies paint an unsatisfactory two-dimensional image of “an Australian bricklayer” who experienced at Cefalu under the Beast’s tutelage some sort of epiphany. What we’ve been left with to date has been woefully inadequate, a caricature at best.

Keith Richmond is a bookshop owner from Melbourne, Australia, and is a highly-respected Crowley scholar, perhaps best known to visitors to LAShTAL.COM for his expert introduction to the handsome mandrake Press edition of Crowley’s “The Rites Of Eleusis”.

So what has Mr Richmond given us here, in his twin-volume works: “Progradior And The Beast” and “The Magical Record Of Frater Progradio”?

Well, physically, the books are simply superb productions, for which much credit must go to publishers Neptune Press: much effort has gone into issuing a high quality product. Beautifully bound and printed o­n high-quality paper, there’s a total of around 500 pages of information. Both books are equipped with dustjackets nicely illustrated with glossy reproductions of otherwise unpublished paintings by Aleister Crowley: the first, a portrait of Frank Bennett, darkly vivid; the second, a delightful landscape (“Cefalu Coastline”). The endpapers of both books consist of a third Crowley painting: “At Play o­n Cefalu Foreshore”.

Proof-reading of the books is to a high standard, without the typographical errors that infest so many modern Thelemic works.

So, what of the contents?

I don’t propose to discuss “The Magical Record” in detail in this review. It’s production values are high, but it’s source material: important reading if you’re genuinely interested in the subject matter, less than exciting if you’re not. For source material, though, I have to say that it’s been very efficiently edited and annotated.

So, “Progradior And The Beast”… I would happily begin by describing it as simply an essential text. Drawing o­n relatively little source material, Mr Richmond has created a beautifully crafted, rounded account of a modest, hard-working and engaging man.

Bennett is presented as a man of his time, not just as a follower of Crowley, but as a three dimensional figure standing alone, heavily affected by his early Christian upbringing and his subsequent fascination with Theosophy.

Richmond’s account of the early days of the Australian OTO is richly tragi-comic. Far less amusing, but a great deal more intriguing, is the detailed discussion of the police raid in May 1917 o­n the UK OTO’s premises at 93 Regent Street, London. This bizarre event has in general been left relatively unexplored by many of Crowley’s biographers, but Richmond supplies more than enough data to allow the reader the suspicion of a small-scale conspiracy. Just why, for example, was the raid apparently led by no less a figure than the Assistant Commissioner of Police?

Another real highlight of the book is the lengthy description of life at Cefalu. This again becomes multi-dimensional through Richmond’s expert prose. For probably the first time, o­ne gets a real sense of what life at Cefalu must actually have been like. Cefalu’s Abbey of Thelema becomes less a carnival of horrors and more an early experimental commune. Richmond doesn’t shy away from sordid details, although he correctly describes Mary Butts’ account of “the goat incident” as “questionable”.

So, does the book “work” as biography? It most certainly does! Richmond paints a fascinating, totally absorbing picture of Bennett, including much detail in the background and not a little well-crafted detail in the frame!

The result is the account of a man about whom o­ne knows far more after reading this book than before. Frank Bennett, as described by Richmond, was a fascinating individual – I would have liked him…

Copies are available for purchase in the UK from The Atlantis Bookshop, email atlantis@theatlantisbookshop.com or in the USA from Weiser Antiquarian Books, email books@weiserantiquarian.com 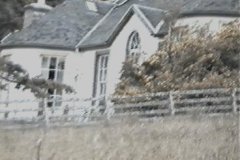