The current issue of Mandrake Speaks Newsletter includes a lengthy appreciation of Andrew Chumbley’s The Azoetia, together with the following note marking his passing.

As you may already have heard, Andrew died last Tuesday 15th September due to complications following an ashma attack. By way of an obituary i’m reprinting Jan Fries’ review of Andrew’s groundbreaking first book, with which he burst onto the magical scene at the Thelemic Symposium back in the 1980s. A respected wiccan friend, who met him at that event, responded that ‘he really was a genius, particularly as he seemed . . . to single handedly drag “trad” craft out of pointless … folk history and fake cunningmen and give it a real contacted, magical spooky starlight ethos all of its own, single handedly plugged it in again, springboard for the ‘Witchas’ of this world, and a creative genius who carried on the work of Spare. 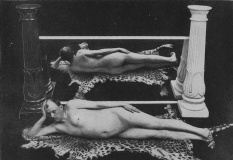