“IT APPEARS THAT Michael Baigent, Richard Leigh and Henry Lincoln, authors of the 1982 bestseller The Holy Blood and the Holy Grail, are considering suing Dan Brown, author of The Da Vinci Code, for breach of copyright of ideas and research…”

IT APPEARS THAT Michael Baigent, Richard Leigh and Henry Lincoln, authors of the 1982 bestseller The Holy Blood and the Holy Grail, are considering suing Dan Brown, author of The Da Vinci Code, for breach of copyright of ideas and research.

PN understands that the trio is “marshalling its forces” and that any action would take place in Britain. Ann Evans of Jonathan Clowes, their agent, was this week travelling and unavailable for comment, while a spokesman for Random House, which publishes Holy Blood in Arrow, would say only that they did not believe there are any proper grounds for complaint.

When Baigent, Leigh and Lincoln published their book in 1982, it was to equal measures of acclaim and controversy – for it posited that Jesus survived the Crucifixion and hot-footed it to France with Mary Magdalene, a prostitute, and there started a family.

Not surprisingly, the book was banned in many Catholic countries, but attracted a legion of followers. Originally published by Tom Maschler at Cape and paperbacked by Corgi, it has never been out of print, and now sells around 20,000 copies a year in the UK, a figure boosted by the success of The Da Vinci Code.

In Brown’s hands, the Holy Grail is the hidden body of Mary Magdalene – and one of those searching for it is a crippled millionaire historian named Leigh Teabing. His Christian name is the surname of one of Holy Blood’s authors, while the strange surname is an anagram of another, Baigent. A cursory search of the web reveals scores of sites relating to both books, and to the issues they raise.

A mini-industry has grown up around them, and the trickle of tourists who once checked out Holy Blood sites has turned into a flood with The Da Vinci Code. Lewis Purdue, author of Da Vinci Legacy, is another writer reportedly preparing to sue.

Charges of plagiarism and breach of copyright are notoriously hard to prove, but if Baigent and his co-authors – who have themselves now fallen out – do pursue a case through the courts, the action is likely to jeopardise Columbia’s planned film of The Da Vinci Code. Were they to succeed in the UK, the case would surely be pursued in the US, and perhaps elsewhere. Settlements would be costly, though perhaps Bertlesmann, which publishes both titles in both the UK and the US, would attempt to broker a peace. 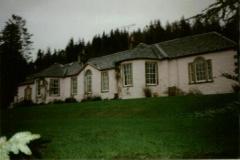