The Museum of Modern Art (MoMA), New York, has announced what sounds to be a fascinating event on Thursday 20 January 2005.

Called An Evening with Kenneth Anger, the details are intriguing.

If any LAShTAL.COM visitors attend, perhaps they’d consider writing a description of the event for this site?
An Evening with Kenneth Anger 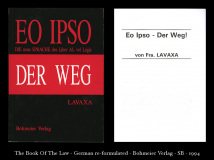