My name is Josh Iceton, Visionary Artist, Magickian and Mystic, writing to share my recently updated website www.3rdeyeart.com with you.

Perhaps some of you saw my site in its previous incarnations? Either way, I’ve recently added new Art along with extensive commentaries and observations that should prove of interest to those familiar with Liber AL and the Works of To Mega Therion.

Featured on the following pages:

Going Forth By Day

I hope you enjoy the site. 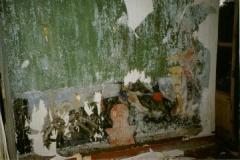