Tread softly, for you tread on their dreams…

Advice on visiting Boscastle after the flood…

Dave Evans
This is a short piece written after a recent visit to the Museum of Witchcraft in Boscastle, and I have their assent to circulate this. Unless you have been hiding under a rock for the last 7 months you will know that in August 2004 the village of Boscastle in Cornwall suffered a catastrophic flood. Having seen the aftermath of the damage I felt moved to write this, as some advice for visitors in the upcoming season.

Be aware that although the museum will be open (and much changed, some incredible work has been done on restoration and making new displays, it’s like a new museum!) some of the village is still very badly damaged, and while some businesses are open to an extent, others are not…. You hear tales of insurance payments for damage to some business premises being £100,000 less than what it will actually cost to get back and trading, which is horrific.

Although the media’s portrayal of the progress made in the area is (rightly) very positive, it might create the illusion that all the work is finished and everything is hunky-dory. It isn’t. The village is still, to a large extent, a construction site; with very heavy machinery being used to rebuild-alter the river’s flow, some of which may need road closures in the future. Many of the roads are reduced to a single-lane, controlled by temporary traffic lights. The large (and only) car park in the centre of the village is the only large flat area on which to store the massive quantity of building materials needed, thus there is very limited parking, so PLEASE be patient with that – any trouble you have in parking is nothing compared to the grief the villagers have had, and continue to have. I hear there is a move towards providing a temporary Park and Ride scheme- if so, use it.

Some of the village areas are fenced off for public safety (and obviously sign-posted as such)- but while I was there this did not stop some visitors moving the heavy fences aside and picking through the debris for….. what, I do not know….. some kind of grisly keep-sakes I suppose. While I was at the museum I helped sieve through a pile of flood-washed slate (with permission) to salvage stone for a museum display backdrop and while doing that I found a small wooden hammer, such as a small child might use to play a toy xylophone; but whose child? ‘Someone upstream’ is all that I know…. A really moving and illustrative example of what is still contained in the spoil heaps and remains of buildings. The bottom line is, please do not treat the area as an excuse to do some kind of beach-combing; this is people’s property and people’s lives that you could be messing with, and in other countries looters are shot. Disaster-tourists should also be, and that aspect of behaviour by some visitors is very distressing to the locals.

The main message of this short piece is not “don’t go to Boscastle”. Certainly not, the message is DO go, but don’t just go at Easter and consider that to be ‘good deed done for the year’; spread your visits out over the season, and bear in mind that the village will need support from visitors for some years to come, to help them rebuild their trade. The morale is already pretty much there, from what I witnessed – seeing the general bonhomie of the villagers towards those visiting people (those who are not looting, anyway) is great. What has not been widely publicised also is that considering that many folk had lost some or all of their livelihood and possessions in the flood, within 8 weeks of the Tsunami appeal being launched, Boscastle had raised nearly £10,000, a staggering sum.

Thanks for reading. Please feel free to circulate this email (un-edited please) to any individuals, newsgroups, magazines, newspapers etc as you see fit 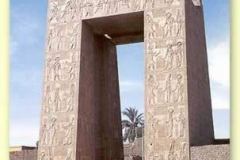