This rather important news is from the BBC News website:

Archaeologists say they have found the largest funerary complex yet dating from the earliest era of ancient Egypt, more than 5,000 years ago.

The necropolis was discovered by a joint US and Egyptian team in the Kom al-Ahmar region, around 600 km (370 miles) south of the capital, Cairo.

Inside the tombs, the archaeologists found a cow’s head carved from flint and the remains of seven people.

They believe four of them were buried alive as human sacrifices.
The remains survived despite the fact that the tombs were plundered in ancient times.

Egypt’s chief archaeologist, Zahi Hawass, said the discovery would add greatly to knowledge of the elusive pre-dynastic period, when Egypt was first becoming a nation.

The complex is thought to belong to a ruler of the ancient city of Hierakonpolis in around 3600 BC, when it was the largest urban centre on the Nile river.

Egyptologists say the city probably extended its influence northwards defeating rival entities. The unification of Upper and Lower Egypt eventually led to the establishment of rule by the Pharaohs.

Excavations at the site started in 2000 under the leadership of Egyptologist Barbara Adams, who died in 2002.

The site contains some of the earliest examples of mummification found in Egypt. 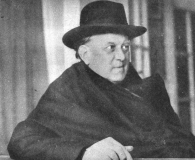