Recently on Facebook I posted a link to cracked.com’s piece on 5 Things You Won’t Believe Aren’t In The Bible and was challenged (by some person with an evil sense of humour) to do the same thing with Aleister Crowley’s The Book of the Law

. I dashed off the following in a few minutes as a parody, but lots of people liked it and asked if they could repost it, so here it is as a note for posterity.

Please note: this is a parody, it’s meant to be funny, not some sort of Orphic Manifesto or something. And it’s not exactly thought through, it literally was written in just a few minutes for fun, not to make a statement. If you disagree with something in it, all power to you, it’s your Thelema just as much as it is mine. 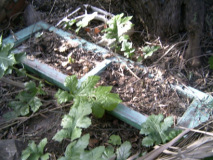