A very interesting little book review in The Guardian newspaper:

The Story of Chicago May
by Nuala O’Faolain (Penguin, £7.99)

“The great sow snores, / Blowing out spittle through her blubber lips, / Champagne and lust still oozing from the pores, / Of her fat flanks,” wrote the satanist Aleister Crowley, describing a monstrous seductress called “Chicago May”.

The real Chicago May was no monster, as this impressive biography shows, but she did use her considerable charms to extract money from men, using her body as well as her wits to escape the narrow confines of working-class existence.

May Duignan (1871-1929) fled poverty in rural Ireland to pursue a life of crime in America, mixing with desperate criminals such as Eddie Guerin, Dutch Gus and Baby Thompson, but also encountering the upper classes: Sir Sidney Hamilton Gore proposed marriage (then shot himself), while in prison May befriended Countess Markievicz, the heroine of the Easter Rising.

Chicago May’s erratic and transient life has so many twists and turns it reads like a novel. O’Faolain isn’t afraid to imagine whole sequences in May’s story, but she does so with such panache that one is left with a fuller understanding of the period than any dry history could provide. 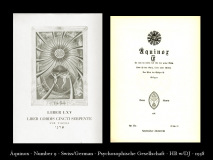