Limited to 1000 copies, printed on high-quality paper, it is 320 pages long, bound in sewn sections. The standard edition (ISBN 0 9543887 9 8) is a sturdy paperback with an attractive laminated front and back cover design, and the price is just £14.99.

The first 81 copies comprise a deluxe issue (ISBN 0 9527824 8 0), available only from the publishers. The deluxe issue is hardbound in an attractive and good quality red cloth, with top and tail bands to the binding and black endpapers. The spine design is stamped in black and white on the red cloth. There is also a design on the front board, stamped in white on the red cloth. Each copy is individually numbered and signed by Donald Tyson, and includes a colour frontispiece utilising the front cover design of the soft-bound standard issue. The deluxe comes with a matching slip-case, bound in the same red cloth. The deluxes are not expected back from the specialist binders until the end of October 2006, but orders are being taken now. The price of the deluxe is £90.00 and, due to anticipated demand, orders are restricted to one per person. Both editions can be ordered directly from the publishers… Starfire Publishing Ltd
BCM Starfire
London WC1N 3XX
England

Postage and packing is extra, and varies according to destination as listed in the PDF announcement below.

A rediscovered Gnostic grimoire contains the stunning revelation that it was Lilith, Queen of Hell and Mother of all Demons, who fashioned Adam from the clay of the earth, and who visited Eve in the form of a great serpent to teach her the secret wisdom of Heaven. The grimoire reveals in seductive detail a system of sex magic taught to mankind by Lilith, by which she may be summoned as a lover and teacher. The working journal of the ill-fated German magician who rediscovered this lost necromantic text, and put into practice its obscene rituals, provides terrible evidence that some books are too dangerous to be permitted to exist.

Liber Lilith is a powerful and disturbing novel which charts the disintegration of a German occultist, Karl Steiger, who comes across an ancient grimoire which sets out rites by means of which the great demoness Lilith may be called forth. The novel opens with an introduction by the editor of the journal kept by Steiger, and then follows with a reproduction of the grimoire itself. Next comes the working journal of Steiger, and we follow the progress of the ill-fated occultist as he discovers the grimoire, steeps himself in its shadows, and is beguiled by the glamours of Lilith. He is compelled to enact the rites as set out in the grimoire, and he gradually succumbs to madness as Lilith answers his call and he is enmeshed ever deeper in her dark and sinister web. 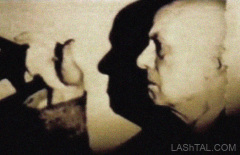