Michael Berkeley’s guest is writer and philosopher Colin Wilson, whose extraordinarily extensive output began with the publication 50 years ago of The Outsider, the book in which he coined the phrase New Existentialism, and has gone on to embrace literary, music and film criticism, science fiction, the occult and criminology. His musical tastes range from a Haydn string quartet to symphonies by Prokofiev and Howard Hansen and operas by Britten and Berg. 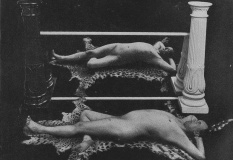