The first volume of Kenneth Anger’s movies is released tomorrow on DVD:

“Puce Women was my love affair with mythological Hollywood…with all the great goddesses of the silent screen. They were to be filmed in their homes; I was, in effect, filming ghosts.”
– Kenneth Anger from liner notes 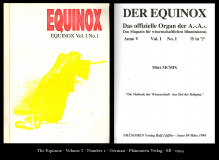