I’m sure you all know by now that the LonelyGirl15 video series featured a photo of Aleister Crowley and their website had Thelema written in Greek at the bottom. Perhaps you also heard the thelemacoasttocoast podcast mentioning LonelyGirl15 and that it had nothing to do with Thelema. But, you may not be aware of the genuine interest in Thelema that this video series stirred up or the Creators going out of their way to not defame Thelema once they were approached by concerned Thelemites.

As one of the Thelemites involved in confronting the creators and a very vocal advocate of Thelema on the LonelyGirl15 forums, I hope to fill you in on the developments as well as announce a website that has been borne due to the interest in Thelema that this series has generated among people who have never before heard of it.
Originally, it seemed that the creators of the series were trying to hint towards a connection with their “Order” featured in the series and Thelema. They had Bree, the female lead in the series, with a shrine to Aleister Crowley, learning Enochian, and, of course, Thelema written on their website in Greek as well as the unicursal hexagram being featured in their banner design. That made some Thelemites feel uneasy and that Thelema would be once again run through the mill and sensationalized/demonized along with Crowley.

When I became aware of the references, I visited the LonelyGirl15 forums. I was dismayed to find the same ignorant attacks and accusations that alternative paths often receive in the mainstream. I, along with the help of two other Thelemites who called themselves sororyzbl and maxomai, attempted to correct the misconceptions and present a fair view of Thelema. At a point I realized that people were taking the actions of the fictional Order in the series to be indicative of the behaviour of actual Thelemic Orders and Thelemites. I emailed the creators of the series with my concerns and that lead to an email exchange with them and eventually a video by one of their main characters distancing the fictional Order from Thelema.

One would think that, at that point, the interest in Thelema would have waned, however, interest still remained. I initially responded to the interest by fielding a lot of questions through private email about Thelema. However, I felt that more was desired and I began making YouTube videos which grew into a video series of their own entitled “A Thelemite Speaks”.

Interest still has not waivered and I’ve received a lot of support from people who otherwise might not have ever heard of Thelema. That has resulted in my opening a new website, tannhaus.com, for those just beginning to learn about Thelema or coming into contact with it for the first time. At this point, it only includes a couple of my writings, a few of my videos, many of Aleister Crowley’s libers, and the Gospel of Thomas with scholarly quotes. I hope in the future the website will be a well-rounded reference not just for Thelemites as many sites are, but geared towards those just coming into contact with Thelema.

I hope you will find the desire to check out www.tannhaus.com, provide suggestions, comments, and constructive criticism. 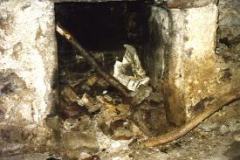