My apologies for the delay in reporting the following from the Durtro website, which was mentioned in one of the Forums a few days ago… The list of performers is astonishing!

David Tibet and William Breeze, in association with Mark Logan of Durtro Jnana, are V.ery V.ery V.ery proud and happy indeed to announce a forthcoming benefit tribute album which they have initiated and curated for the iconic genius of film, magick and art, Kenneth Anger. The album is entitled ‘Brother Focus: For the Inaugurator of the Pleasure Dome’.

Kenneth has recently undergone a major operation and is now recovering, and we decided this was an opportune moment to show our gratitude to, and admiration for, an artist who has influenced us all immeasurably. David came across his work whilst at university in the late 1970s, and his films had a huge effect on him and his work as C93. And both he and Bill Breeze know, from conversations with those friends of theirs who were eager to contribute to this album, just how profound Kenneth’s influence has been on practically every artist they know, and know of. All profits from this release go to Kenneth Anger.
New and previously unreleased tracks by: Marc Almond (2 tracks), Andrew WK, Antony, William Basinski, Baby Dee, Bonnie “Prince” Billy, The Bricoleur, Carter-Tutti, Michael Cashmore with Bill Fay, Coil, Current 93, Gravetemple (Oren Ambarchi, Attila Csihar and Stephen O’Malley), Hush Arbors, Lynn Jackson, Little Annie, Othon Mataragas, Matmos, Nurse With Wound, Diana Rogerson, Six Organs Of Admittance, Matt Sweeney, JG Thirlwell, Threshold House Boys Choir, (r). 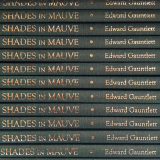