You live in Aleister Crowley’s home. [Crowley was a poet and magician at the turn of the century and was notorious for his Black Magic rites — Ed.]

PAGE: Yes, it was owned by Aleister Crowley. But there were two or three owners before Crowley moved into it. It was also a church that was burned to the ground with the congregation in it. And that’s the site of the house. Strange things have happened in that house that had nothing to do with Crowley. The bad vibes were already there. A man was beheaded there and sometimes you can hear his head rolling down. I haven’t actually heard it, but a friend of mine, who is extremely straight and doesn’t know anything about anything like that at all, heard it. He thought it was the cats bungling around. I wasn’t there at the time, but he told the help. “Why don’t you let the cats out at night? They make a terrible racket, rolling about in the halls.” And they said, “The cats are locked in a room every night.” Then they told him the story of the house. So that sort of thing was there before Crowley got there. Of course, after Crowley there have been suicides, people carted off to mental hospitals . . .

And you have no contact with any of the spirits?

PAGE: I didn’t say that. I just said I didn’t hear the head roll.

What’s your attraction to the place?

PAGE: The unknown. I’m attracted by the unknown, but I take precautions. I don’t go walking into things blind.

Do you feel safe in the house?

PAGE: Yeah. Well, all my houses are isolated. Many is the time I just stay home alone. I spend a lot of time near water. Crowley’s house is in Loch Ness, Scotland. I have another house in Sussex, where I spend most of my time. It’s quite near London. It’s moated and terraces off into lakes. I mean, I could tell you things, but it might give people ideas. A few things have happened that would freak some people out, but I was surprised actually at how composed I was. I don’t really want to go on about my personal beliefs or my involvement in magic. I’m not trying to do a Harrison or a Townshend. I’m not interested in turning anybody on to anybody that I’m turned on to…if people want to find things, they find them themselves. I’m a firm believer in that. 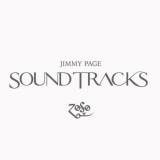