Some members may recall my suspicion and irritation at the use of this site by Unicow! Productions for publicity purposes. Without in any way pre-empting any legal process, it transpires that my concerns may have been well-founded, albeit in a way that I hadn’t for a moment suspected…

Christopher Marikian, 33, of 2719 East Main Rd., allegedly molested a 14-year-old girl twice on or about Feb. 27, once sometime between Feb. 1 and Feb. 28, and twice on or about April 17, all in Portsmouth, according to a statement yesterday by the state attorney general’s office.

The grand jury handed up the indictment on June 29.

Portsmouth police arrested Marikian on April 19 and since then, he has been held without bail at the Adult Correctional Institutions, in Cranston. He will be arraigned July 26 in Superior Court in Newport.

Further details of his arrest could not be learned from the Portsmouth Police Department or the attorney general’s office.

For more on this, see the following links on LAShTAL.COM… 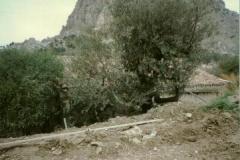