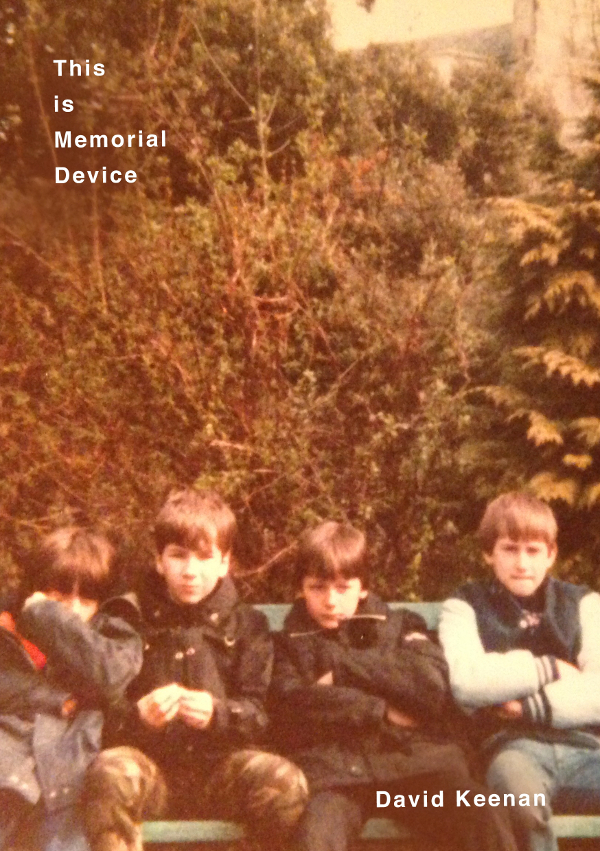 … a major new work of fiction coming from Faber Social on February 2nd 2017.

This Is Memorial Device, the debut novel by David Keenan, is a love letter to the small towns of Lanarkshire in the west of Scotland in the late 1970s and early 80s as they were temporarily transformed by the endless possibilities that came out of the freefall from punk rock.

It follows a cast of misfits, drop-outs, small town visionaries and would-be artists and musicians through a period of time where anything seemed possible, a moment where art and the demands it made were as serious as your life. At its core is the story of Memorial Device, a mythic post-punk group that could have gone all the way were it not for the visionary excess and uncompromising bloody-minded belief that served to confirm them as underground legends.

Written in a series of hallucinatory first-person eye-witness accounts that capture the prosaic madness of the time and place, heady with the magic of youth recalled, This Is Memorial Device combines the formal experimentation of David Foster Wallace at his peak circa Brief Interviews With Hideous Men with moments of delirious psychedelic modernism, laugh out loud bathos and tender poignancy.