Teitan Press & Weiser Antiquarian Books are pleased to announce the publication of:

Solar Lodge is arguably one of the most interesting and controversial of the many occult groups that sprung up in 1960s America. It was founded by Jean Brayton, a student of Ray Burlingame, who was an initiate of Agape Lodge of Ordo Templi Orientis, and had enjoyed a close relationship – by correspondence – with Aleister Crowley.

For several years Solar Lodge prospered, with the initiatic system it offered – based on a fusion of the teachings of the A.: A.: and O.T.O. – evidently attractive to potential students. It gathered together a small but solid core of initiates, some of whom had enough money to invest in real estate and give it a solid financial footing that allowed it to establish temples, undertake a small publication program, start businesses, etc.

The Lodge also had a superb Crowley reference library, which included a substantial segment of the old O.T.O. archives that they had stolen (they would have said ‘retrieved’) from Karl Germer’s widow, Sascha.

In 1967 Solar Lodge moved its focus from Los Angeles to a plot of land in the desert near Vidal, California. There its members studied, performed their rituals and began building a permanent headquarters.

Then disaster struck. First a massive fire engulfed and destroyed the complex, and then a police raid saw thirteen of the group’s members arrested, with warrants issued against others. The ostensible reason for the arrests was the mistreatment of a child. But it was obvious to all that this was merely a pretext to attack the group, which had attracted the suspicion and wrath of conservative locals.

Most of the senior members of the Lodge fled to Mexico, fearful that they would not receive a fair hearing. In an unfortunate twist of fate, the trials of those who remained coincided closely with the horrific Tate-LaBianca murders, and in the media-fueled hysteria that followed, baseless accusations of connections between Charles Manson and his “family” and Solar Lodge spread widely. The Lodge gained a lasting and undeserved notoriety.

The author of this book, Frater Shiva, joined Solar Lodge at its inception and rose to a senior position in its ranks before finally leaving at the time of its implosion in 1972. Inside Solar Lodge – Outside the Law is his reminiscence of life within that group: who they were, how they came together, and what they did and why. As such it gives a rare glimpse into the lives, aspirations and practices of this group of twentieth century magicians, viewed not through the eyes of an historian or sociologist, but from one who was there and a part of it. It also offers, for the first time, a detailed ‘insider’ account of the theft of the Germer library, the ‘boy in the box’ incident, and the alleged connection between the Solar Lodge and the Manson group: all events that have become part of the folklore of American occultism.
Launch Week Special Offer

In celebration of the launch of Inside Solar Lodge – Outside the Law Weiser Antiquarian Books have a limited number of copies, each of which have been signed by the author and stamped with his personal lamen-seal. These copies are available strictly on a ‘first come, first served’ basis, with a limit of two per customer.

Weiser Antiquarian Books are the sole distributors of this title. 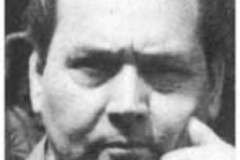