If you are not a Japanese anime art fanatic I’ve got an item of Crowley ephemera to share from a decade ago.

Introduces – ALISTER – a strange male biker whose brother is Mikey.

His name was based on Aleister Crowley British occultist who created the Unicursal Hexagram, the symbol used for “The Seal of Orichalcos” prominent on his forehead.

The obscurity of this fact is most likely what helped it slip past the censors, ha, ha.

Easiest access for you is to simply Google – “yugioh alister deck”  then click – “more images of alister deck” to find a clear close-up to admire his magical Crowley forehead seal.

A curious character (stamped with a ‘Mark of The Beast’) that young kiddies could happily relate to. 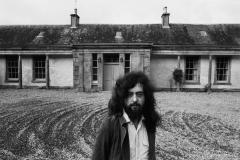