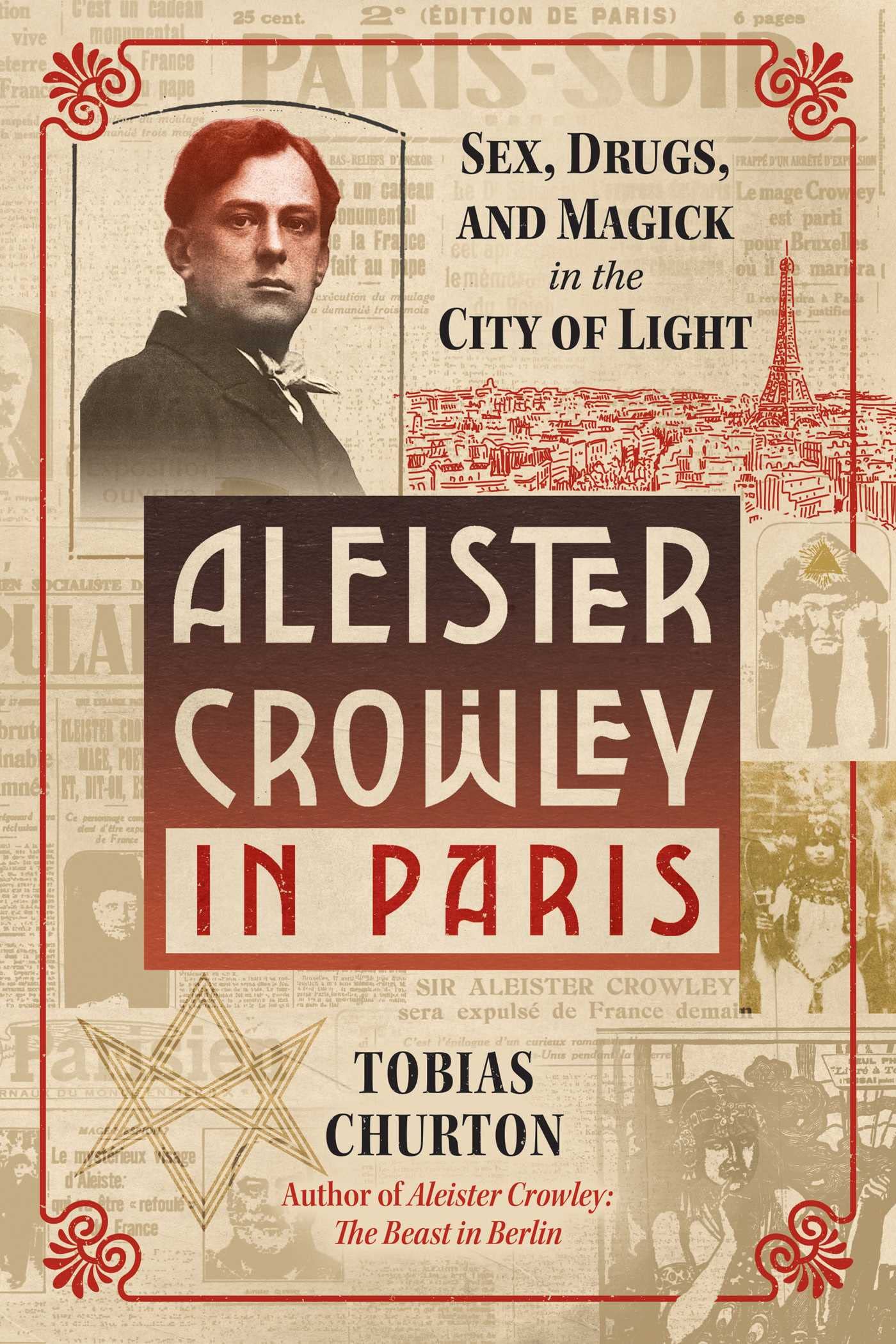 Thanks to DF for bringing this to my attention…

Amazon has pre-announced the planned publication of the latest volume in Tobias Churton’s biography: Aleister Crowley in Paris: Sex, Drugs and Magick in the City of Light.

Due for publication in December 2022…

Using previously unpublished letters and diaries, Churton explores how Crowley was initiated into the Golden Dawn’s Inner Order in Paris in 1900 and how, in 1902, he relocated to Montparnasse. Soon engaged to Anglo-Irish artist Eileen Gray, Crowley pontificates and parties with English, American, and French artists gathered around sculptor Auguste Rodin: all keen to exhibit at Paris’s famed Salon d’Automne. In 1904–still dressed as “Prince Chioa Khan” and recently returned from his Book of the Law experience in Cairo–Crowley dines with novelist Arnold Bennett at Paillard’s. In 1908 Crowley is back in Paris to prove it’s possible to attain Samadhi (or “knowledge and conversation of the Holy Guardian Angel”) while living a modern life in a busy metropolis. In 1913 he organizes a demonstration for artistic and sexual freedom at Oscar Wilde’s tomb. Until war spoils all in 1914, Paris is Crowley’s playground.

The author details how, after returning from America in 1920, and though based at his “Abbey of Thelema” in Sicily, Crowley can’t leave Paris alone. When Mussolini expels him from Italy, Paris becomes home from 1924 until 1929. Churton reveals Crowley’s part in the jazz-age explosion of modernism, as the lover of photographer Berenice Abbott, and many others, and how he enjoyed camaraderie with Man Ray, Nancy Cunard, André Gide, and Aimée Crocker. The author explores Crowley’s adventures in Tunisia, Algeria, the Riviera, his battle with heroin addiction, his relationship with daughter Astarte Lulu–raised at Cefalù–and finally, a high-level ministerial conspiracy to get him out of Paris.

Reconstructing Crowley’s heyday in the last decade and a half of France’s Belle Époque and the “roaring Twenties,” this book illuminates Crowley’s place within the artistic, literary, and spiritual ferment of the great City of Light.

Ordered also. I find Churtons books to be excellent.