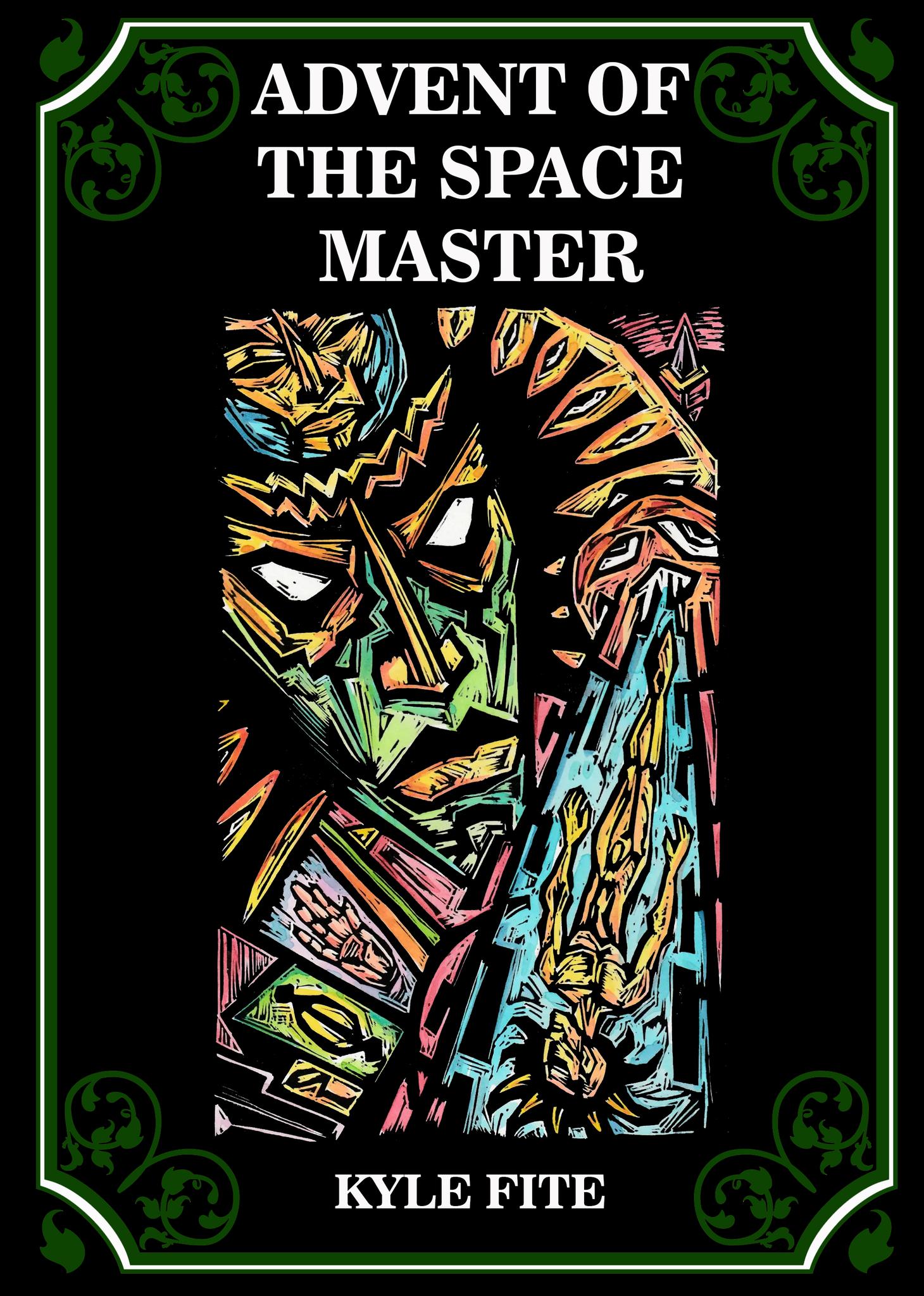 Described by the author as ‘a type of explorative poem, drawn up, in places, from…engagement with a mode of quantum mediumship,’ ADVENT OF THE SPACE MASTER follows its precursor, Hoodoo Pilot, to the Space Station circling the Third Star of the Celestial Spring, Alpha Sagittarii. There the venerable Abbe Boullan continues his Magical Ministrations in territories far beyond-yet intimately connected to-the Planet known as Earth.

Accompanying the Abbe is an unlikely crew, working diligently to accomplish The Great Work. Old enemies have become friends as we discover that “everything which rises must converge.” Oswald Wirth and Stanislas de Guaita assist with operations as Pataphysical Bardonaut, Alfred Jarry, gives report on his Half-Life After Death. The Baphometian trajectory of Walter Jantschik’s obsessive labors is examined in conversation with the presiding Bishop of the Bathos Church and the anatomy of the Inner World of the ZYTH is described in terms of its Initiatory Implicits.

From The Choronzon Club to the Omega Gate to the Vortex opening into the 15th Dimension, ADVENT OF THE SPACE MASTER is a commentary upon perceptual calibration and noetic navigation of Spaces which, fantastic or fictitious as they may seem, we must all come to terms with in the Transformative Alembic between Form and Void. Advent of the Space Master is 236 pages, fully illustrated with original art by the Author.