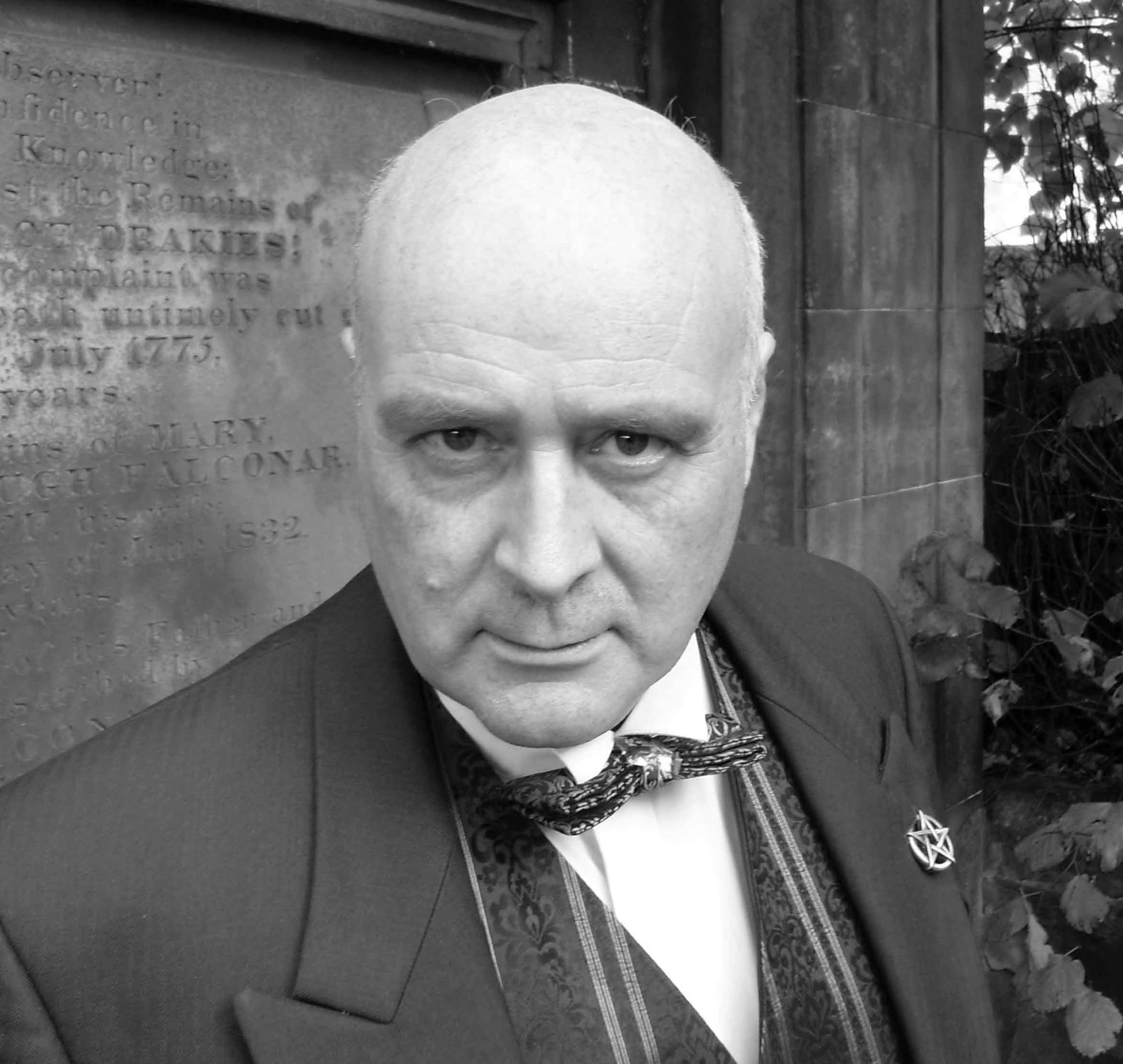 Highland actor and writer, John Burns, is reviving his Edinburgh Fringe play about mountaineer, poet, and black magician Aleister Crowley. Crowley, who once lived on the shores of Loch Ness at Boleskine, has become an iconic figure amongst followers of the occult and esoteric religions.

Inverness based mountaineer and writer, John Burns, produced a one man play about the life of Aleister Crowley and performed at the Edinburgh Fringe in 2010. Since then the play has toured with performances at London Horror Festival, Aberystwyth Horror Festival and the Bram Stoker festival in Whitby. Crowley is a dark and mysterious figure famous for his practise of black magic rituals, his sexual experimentation and his drug taking. What is not generally known about Crowley was that he was one of the leading mountaineers of his generation making some of the earliest attempts on K2 and Kanchenjunga.

Burns’ play is an exploration of his life and follows Crowley’s journey from a devout Christian to one of the most controversial men of the twentieth century. A prolific writer Crowely wrote volumes of poetry, many texts on the occult and novels. As a historic figure he had slipped into obscurity until he was featured staring out of the cover of the Beatles Sgt Pepper’s Lonely Hearts Club Band. This led to his rediscovery by a whole generation and Crowley’s famous dictum “Do what thou will, shall be the whole of the law” struck a chord with the flower children of the sixties who were seeking freedom from the constraints of the past. Crowley now is more famous in death than he ever was in life with thousands of followers across the world.

His status as a mountaineer has been overlooked. His lifestyle and refusal to conform to accepted norms of behaviour led him to be ostracised by the mountaineering establishment and his achievements were largely ignored. Instead lurid tales prevail of him threatening fellow climbers with a revolver and breaking a Sherpa’s’ leg with an ice axe to prevent him fleeing the mountain.

Crowley began his climbing career as a teenager on the chalk cliffs of Beachy Head where is pioneered a number of routes. He quickly progressed and spent much time in what was then the cradle of British mountaineering, Wasdale Head. There he met many leading climbers, including Collie and the Abraham brothers, but it was Oscar Eckenstein who was to become his mentor and climbing partner on many of his expeditions. Eckenstein was twenty years his senior and already a Himalayan veteran when he met Crowely. Eckenstein was a notable mountaineer and is credited with the development of “balance climbing,” which was the birth of modern climbing technique. He also designed an early type of crampon. He and Crowely were amongst the earliest proponents of bouldering as a way of developing climbing technique. Crowley, a member of the Scottish Mountaineering club, went on to climb extensively in the Alps, Mexico and the Himalaya’s. Burns has produced an series of audio podcasts giving a flavour of the play and more on Crowley’s life as a mountaineer.

John Burns’ play takes an honest look at the life of man who became known as “the wickedest man in the world.”

“I want to do more than just perform the same play I produced for the Fringe. I want to develop my portrayal of Crowley. I think the man had a wicked sense of humour and that is something I want to bring out when I play him again. The play remains a dark portrayal but there is plenty of humour along the way.”

“If I could go back and create the play again I would definitely change the title. A Passion for Evil does not represent the man I have come to know. He was hedonistic, impulsive, arrogant and at times naive but he was also courageous, honest in his search for truth and a man of vision.”

I saw him do this at the Lowry in Salford four years ago. It was OK from what I remember, but it sounds like he may have done a bit of re-eriting since then.