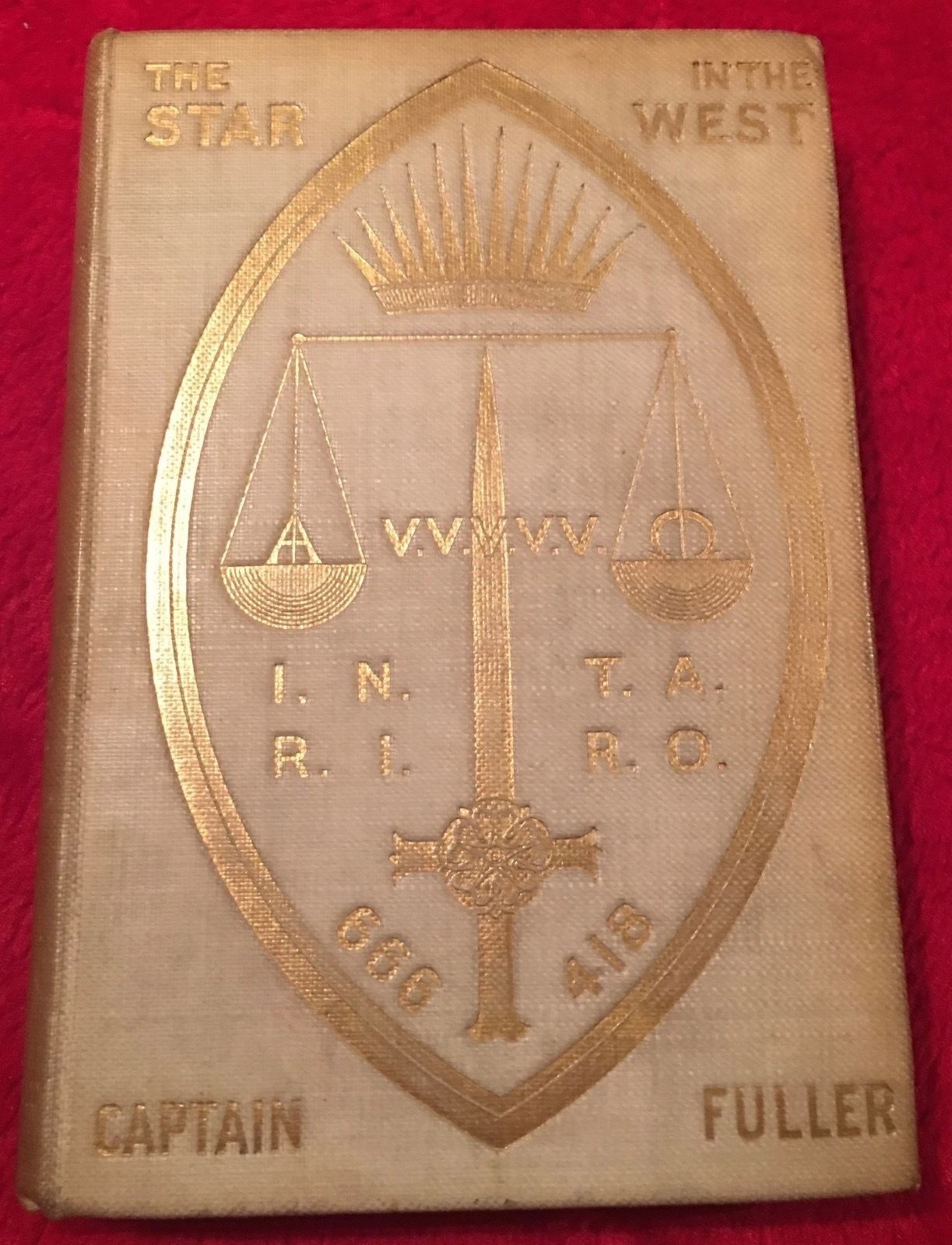 eBay listing from the owner/editor of LAShTAL.COM:

Title: The Star In The West – A Critical Essay Upon The Works of Aleister Crowley

Number 65 of an edition that was limited to only 100 copies. Bound in white buckram and with a heavily gilt-stamped occult seal and title on the front cover and title, this numbered copy is also signed by both Fuller and Crowley, as well as being inscribed by Crowley.

(x) + 328pp. (+ ivp. publisher’s catalogue bound in at rear.) The frontispiece is protected with its original printed tissue guard and the title page is printed in red and black.

Originally written by Captain (later Major General) J F C Fuller as an entry to a competition run by Crowley for the best essay on his work. Fuller’s book won – possibly being the only entry – and the essay was printed beautifully here. Fuller’s later military and political life is now well established, of course.

This copy is inscribed: ‘To W[orshipful] M[aster] J L Bowley from Aleister Crowley.’

I am grateful to Keith Richmond of Weiser Antiquarian (from whom I purchased the book in 2006) for noting that:

The Rev J L Bowley was Crowley’s ‘proposer’ when he joined the Anglo Saxon Lodge in Paris. Crowley mentioned him in a letter: “I was made a Master Mason 17 December 1904 in Lodge 343 Anglo Saxon in Paris, working under the Grand Lodge of France. My proposer was the Rev J L Bowley, who I understand has been the Provincial Grand Officer in the Oxford Province, and I fully understood from him that the Anglo-Saxon Lodge was duly recognized by the Grand Lodge of England.’ (The letter from Aleister Crowley to Sir Edward Letchworth, Grand Secretary of the United Grand Lodge of England, dated 27 June 1913, Yorke Collection, was cited in Martin P Starr: Aleister Crowley: Freemason, AQC. Vol 108, 1995.)

The spine and covers have dulled a little in the book’s 110 years but it remains a clean and tight copy in Very Good condition. It is offered here at a highly competitive price.

The eBay listing is closed but the book can still be purchased from this site at a significant discount:

The book is now Sold.