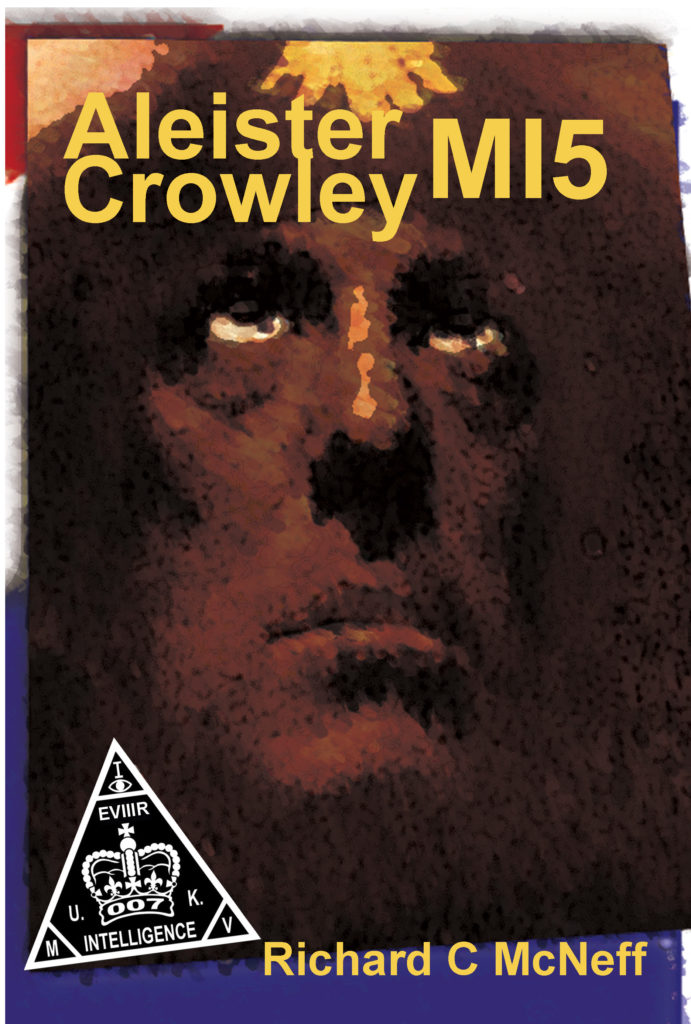 Published by Mandrake of Oxford. Available via the publisher, bookshops, internet booksellers and Amazon. Second edition revised and retitled. Originally published as Sybarite among the Shadows (2004).

An unsettling encounter with Aleister Crowley in a Soho pub launches Dylan Thomas on an adventure whose first stop is the opening of the Surrealist Exhibition on June 11, 1936. With the Welsh poet is his first editor Victor Neuburg, the Beast’s lapsed apprentice. In the bohemian fleshpots of Fitzrovia and Soho they connect with such luminaries of the period as Nina Hamnett, Augustus John, Tom Driberg, King Edward VIII and Wallis Simpson, as well as Crowley himself. Neuburg confronts the terrifying magick of his youth and something even more menacing — a Crowley orchestrated MI5 plot to avert the abdication. Aleister Crowley MI5 is an exhilarating work of fiction with highly researched fact at its core.

‘McNeff’s book is so different from anything you usually find on a bookshelf that it should perhaps be a compulsory purchase.’— Independent on Sunday

‘Aleister Crowley as himself in all his occult and charismatic glory – a manipulative, overbearing, bizarre yet compelling character. Fiction could hardly have invented him: he is a gift of a character to any novelist & Richard McNeff has accepted him, unwrapped the parcel and given him his head.’ — Martin Booth, author of A Magick Life

‘A swaggering romp of a novel. Plot by Buchan; characters by Beardsley; setting Art Deco — difficult to better that.’ —Wormwood

‘A very clever idea, fleshed out with wit and style and an excellent sense of the times.’ — Silverstar

Richard C McNeff’s early acquaintance with John Symonds, Crowley’s literary executor and biographer, sparked an interest that developed into the 1977 cult short story ‘Sybarite among the Shadows’. This grew into Aleister Crowley MI5. He is also the author of With Barry Flanagan: Travels through Time and Spain (the Lilliput Press), a memoir which grew out of his experience of curating shows for the sculptor, the Brexit satire, The Dream of Boris, and has written for the Guardian, Fortean Times, and Boulevard Magenta. He lived and worked in Barcelona, the Basque Country, Ibiza and Baku. His current home is London where he was born.