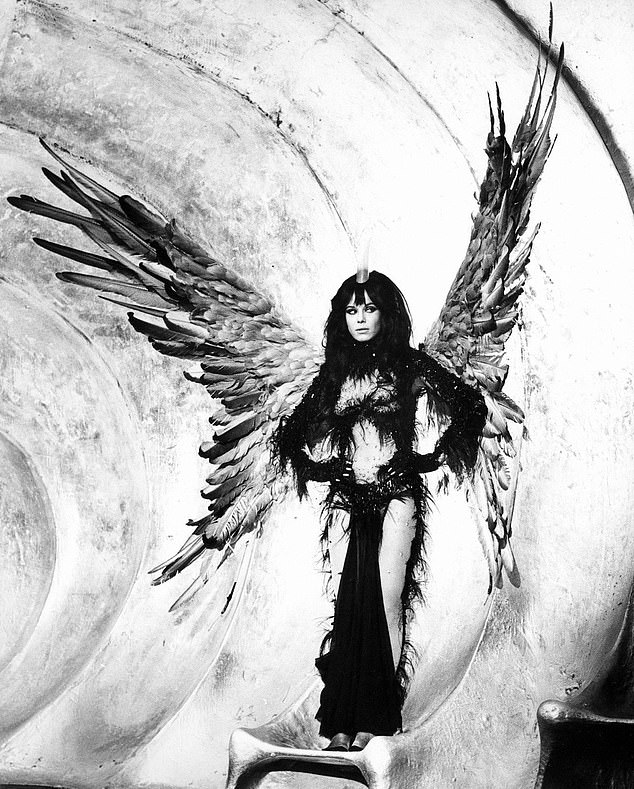 Pregnant with her first child, and beginning a slide into an abyss of heroin use, [Anita] Pallenberg, then 26, had a preoccupation with black magic that led her to increasingly fantastical realms.

‘I had an interest in witchcraft,’ she recalled later, ‘in Buddhism, in the black magicians that my friend, Kenneth Anger, introduced me to. The world of the occult fascinated me.’

Anger, an American-born film-maker, was notorious for his books about the sordid scandals of Hollywood – and for his experimental films’ references to paganism and Nazism.With the Sixties culture of ‘peace, love and understanding’, to many, he’d assumed priestly status.

Significantly, he was intrigued with the British occultist Aleister Crowley, the self-styled ‘Great Beast 666’.Crowley, who died in 1947, revelled in his infamy as ‘the wickedest man in the world’. His worship involved sadomasochistic sex rituals with men and women, spells which he claimed could raise evil gods, and the use of drugs including opium, cocaine and heroin.

At one stage he moved to Sicily and set up an ‘abbey’ where he plumbed new depths with a sickening ceremony involving his latest mistress in ritual sex with a goat.

Pilloried by most people as mad, Crowley still attracted hippy disciples, with canonisation from the likes of The Beatles, who featured him on their Sgt Pepper album cover.