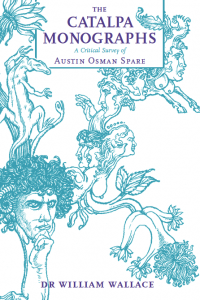 From Jerusalem Press… After an inexcusably long silence, during which we have been immersed in picture-editing and indexing, and delays at printers, we are now pleased to announce that Catalpa Monographs is finally on press with delivery of standard edition pre-orders commencing October.

Catalpa Monographs by Dr William Wallace: In this rich and thought-provoking book, the most prolific contributor to Sparean scholarship returns to his earliest writings as the basis for a newly emended inquiry into the volatile essences of Austin Osman Spare’s art.

7 fascinating new essays: Mrs Paterson and witches, Penmanship, Palimpsest, the encoded dedication in The Focus of Life, Realism and photography.

Deluxe edition should be ready by November and is almost sold out: http://bit.ly/1NCfZik

A book launch in London to be announced shortly. Many Thanks! 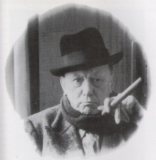